Photos: NYC's Young Creatives Partying Down In The 1950s In the 1950s, LOOK Magazine documented the Art Students Leagues' Dream Balls, held at places like Hotel Commodore and the Waldorf-Astoria. But it looked more like a high society gala held inside Warhol's Factory. The annual costume ball included the presentation of the queen of the ball (actress Deborah Kerr was crowned in 1954), costumes and props galore, and plenty of booze.

Click through and try not to even think of the "H" word, these young creatives were much more than that! One newspaper at the time called the balls: "The Greatest Event Since The Nude Descended The Stairs," adding that it was "a mad, moist, marvelous, magical, magnificent, mammoth, meaty, massive, monstrous, muscular. muliebrous, Machiavellian, multimolecular masterpiece." 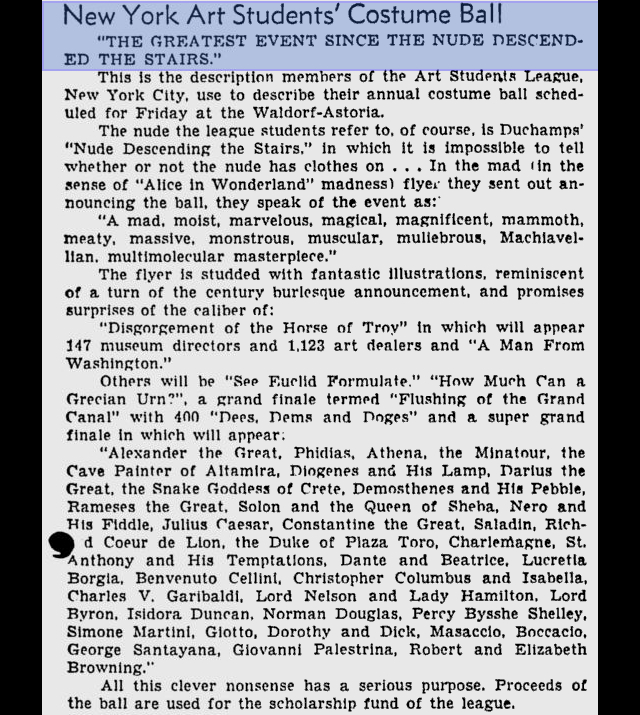