Photos: NYC Tourists Throughout The Ages Tourists were coming to New York City long before the late-1970s I Love NY campaign rolled out. And long before the fanny pack was invented. And even long before the 1920s tourist etiquette manual was published. Click through for a look at the New York City tourists of yesteryear—from the Rubberneck Era to the 1970s. Did you know that the term "rubbernecking" was coined in the 1890s to refer to tourists? It was "used to describe the wagons, automobiles and buses used in tours around American cities"—one writer described the out-of-towners "stretching their necks to see New York while having misinformation shouted at them." Below, some NY Times articles regarding tourism in New York in 1910, and the 1930s:

In 1910, the NY Times reported that tourists sure were "amazed by many things, including the big noises, the slums, millionaires, policeman, and publishers." 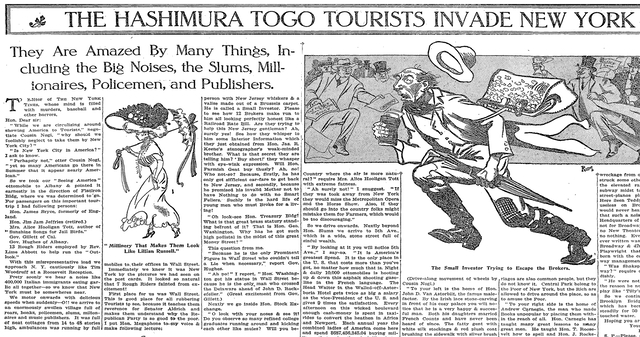 In 1936, the NY Times reported that NYC was still luring in tourists, noting: "Although the tourist trade in New York retains its huge volume, the nature of the tourists themselves has undergone a decided change. In the past few years the last vestige of that naivete which formerly caused out-of-towners to be classified as 'rubbernecks' has disappeared." 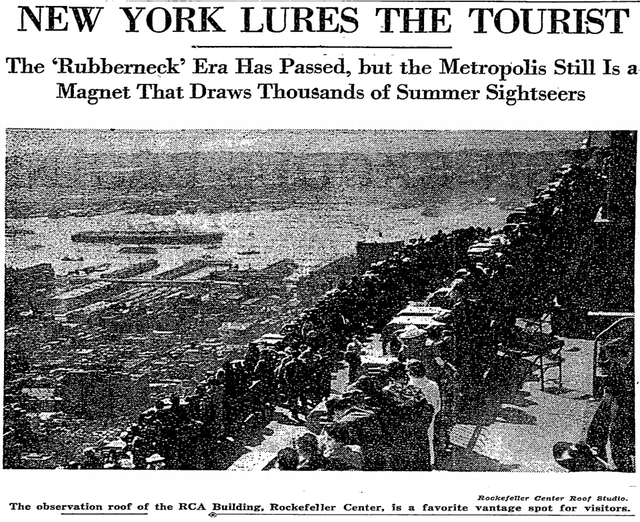 #flashback
#history
#tourist
#tourists
#original
Do you know the scoop? Comment below or Send us a Tip