Some 50,000 runners rolled like a colorful river through all five boroughs yesterday, as once again the NYC Marathon turned a huge swath of the city into an exuberant block party. Mary Keitany won for the third time and Ghirmay Ghebreslassie became the youngest ever male champion, but what of the other 49,998 racers, some of whom finished seven hours or more after the victors?

Judging by the scene in North Brooklyn, between miles 9 and 13 or so, in Clinton Hill, Fort Greene, Bed-Stuy, and Williamsburg, most of them had a blast participating in the planet's largest marathon. 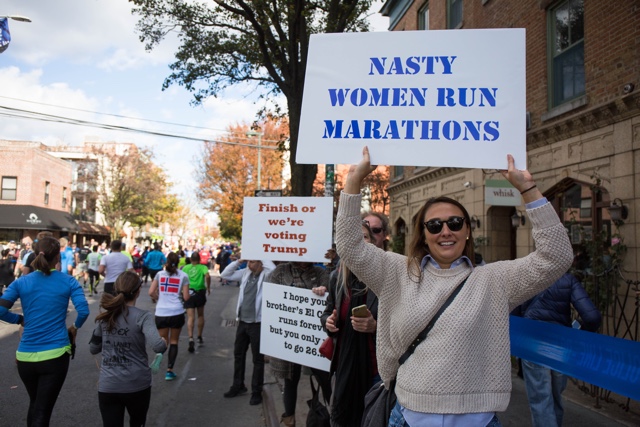 Along Lafayette Avenue, families were out in force to cheer on the runners, with gospel singers and a first-rate funk cover band providing entertainment and inspiration. School bake sales were popular in these parts, a much-appreciated provider of sweet sustenance.

But the biggest party in this neck of the woods was on Bedford in commercial Williamsburg, where packs of young people broke out cheeky signs—many of which referenced Tuesday's election—and the bars did brisk business. There were bands and DJs on almost every block, the weather was lovely, and the atmosphere was high-energy and festive. 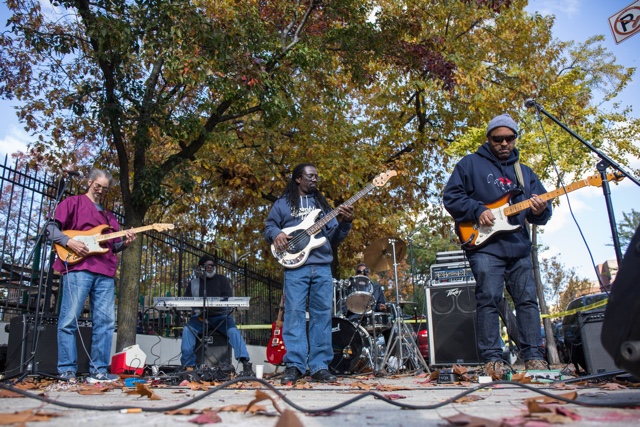 There were official water and Gatorade stations all along the route, of course, but many spectators took it upon themselves to pass out Halloween candy, pretzels, bananas, vaseline, tissues, and as many high fives as the runners could handle. The NYPD, though a highly visible presence, kept it pretty low-key, shouting encouragement and helping people cross the street when needed, with the more heavily armed officers stationed discreetly a block off the route.

#brooklyn
#marathon
#nyc marathon
#original
Do you know the scoop? Comment below or Send us a Tip