Photos: Nostalgia Trains And Buses Are Here For The Holidays The MTA is bringing back their gorgeous old train cars and buses for the holiday season once again. The subways hit rails and streets last Sunday, and will continue to every Sunday (from 10 a.m. to 5 p.m.) throughout the rest of December, bringing a little bit of romance back to mass transit... so please save your bad etiquette for the regular trains. From the MTA:

"If you’re looking for another great reason to ride the train on Sundays in December, try this: take a trip back into time onboard the 1930s-era Nostalgia Special, which will run along the M Subway Line Icon Line between Long Island City, Queens and Lower Manhattan during the first four Sundays in December."

Their Senior Vice President of the Department of Subways says, “They aren’t the first subway cars, but these R 1/9 cars served for five decades and are historically significant as the rolling stock that originally served the IND.” The cars were in service from the 1930s to the 1970s, and feature ceiling fans, padded seats, and incandescent light bulbs, which were state-of-the-art when they first started running. 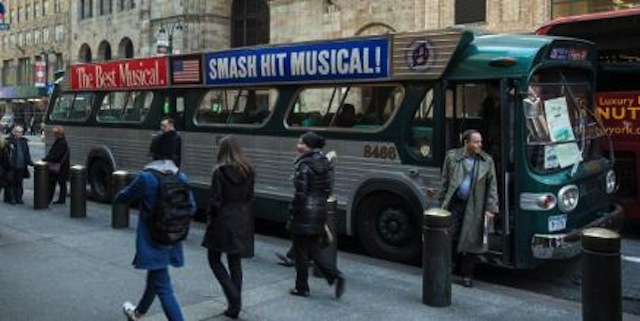 On the roads, they're offering bus customers along Manhattan’s 42nd Street crosstown corridor (along the M42) a variety of their vintage fleet, with models that operated from the 1950s through the 1980s (these will run from 9 a.m. and 7 p.m., Monday through Friday from December 2nd to 20th... unless it's snowing or raining).

Get the full details here.

#holiday trains
#MTA
#nostalgia buses
#nostalgia trains
#vintage
Do you know the scoop? Comment below or Send us a Tip