Central Park's lovely Harlem Meer played host yesterday evening to the annual Pumpkin Flotilla, and hundreds of Halloween fans turned out to watch a pair of Conservatory crew members in kayaks tow 50 jack-o'lanterns from one end of the body of water to the other.

The spectacle of the flotilla itself, while undeniably pretty, was more of the Central Park Conservancy's excuse to throw a big party for the locals, with live music and DJs, a carving exhibition, spooky storytelling, a brief parade, and mostly just a lot of goofing around in costume in the park. And even if the LED-illuminated pumpkins got kind of swallowed up by the darkness out on the Meer, the excitement of being out at night, in the park, by the water—and on a school night, no less!—was palpable among the many kids attending the event. 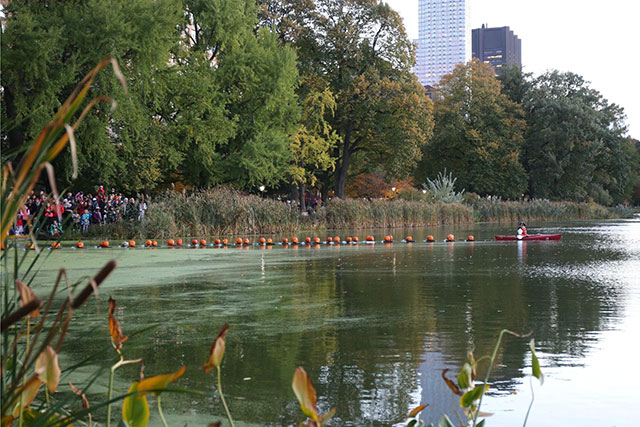 An added attraction: All of the carved pumpkins set afloat in the flotilla were brought to the park by the revelers, so at least a hundred children in attendance could try to spot "their" pumpkin out on the water. 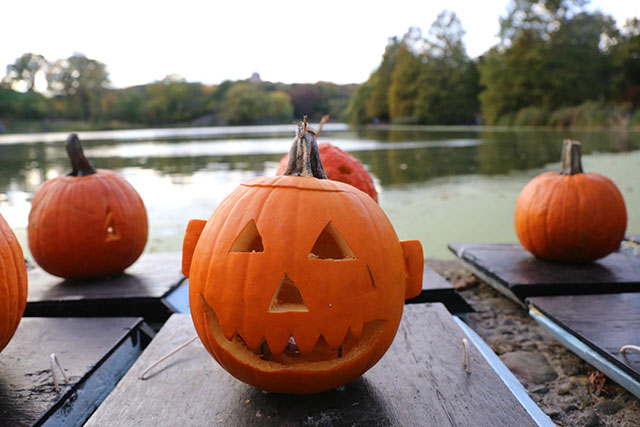 Not that anyone seemed to need any extra reason to have a good time, as the Pumpkin Flotilla is one of the most festive and chill big public holiday events around, the sheer beauty of the surroundings and the intrinsic fun of being in costume enough to satisfy any kid (or kid at heart).