This year OHNY opened up the doors to the gorgeous TWA building at JFK Airport, a mid-century time capsule that sits abandoned across from Terminal 5. Over there, you're reminded of a time when air travel had a bit of dignity and elegance. You could sit down at a sleek bar and drink a dirty martini, instead of waiting on line at Starbucks for a $13 scone. Goddamn it was a beautiful time to be launched 30,000 feet in the air. 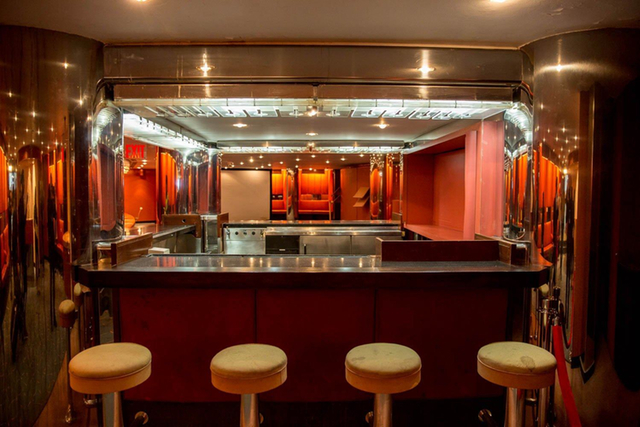 The Eero Saarinen-designed building is on the National Register of Historic Places, and may soon, eventually, finally come back to life... but in the form of a hotel. While there, photographer Tod Seelie noted there was a "strong indication that the proposed hotel development is a go," with posters of the plans displayed around the former terminal.

The mid-century modern gem has been slowly restored over the last six years, and MCR Development is currently "advancing a privately-funded $265 million plan to rehabilitate the national landmark to its original splendor and deliver the first on-site, world-class airport hotel at JFK International Airport." They promise to preserve the building's history and beauty as they move forward with their plans—"The TWA Flight Center Hotel will celebrate and preserve Eero Saarinen’s masterpiece," CEO Tyler Morse said, "returning the landmark to its original glory and reopening it to the public" in 2018.

Here's some footage of the TWA building back in the 1970s:

The building is closed to the public, but you can expect more tours like the one at OHNY before it reopens as a hotel. You can also gaze upon it as you depart Terminal 5... but they need to fire whoever put that light pole there. 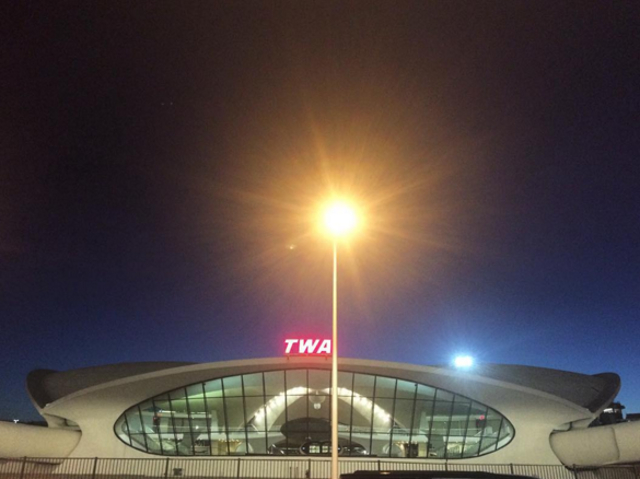 #airport
#JFK
#twa
#twa flight center
Do you know the scoop? Comment below or Send us a Tip