The Governors Island Art Fair opened yesterday, making this the ninth year in which the non-profit group 4heads has brought in a wealth of contemporary art to the increasingly-bustling island.

This September, in addition to taking over their usual half dozen or so mansions on Colonels Row, there are now GIAF pieces in both Castle Williams (on the second floor, in the prison cells) and in Fort Jay, both out in the courtyard and down in the old Ammunition Storage Magazine. 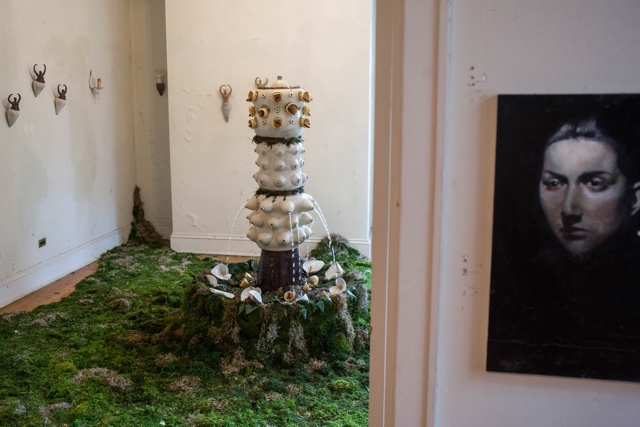 An even 100 artists contributed to the event this year, with each given a room in the houses (the kitchens are often fun), a prison cell or a patch of lawn, which they can then fill however they like. As such, the tone, medium, and content of the works vary widely, as will, in all likelihood, your reaction to each. But almost as enjoyable as seeing all the art is the act of wandering through these historic spaces, all of which are appealingly unrenovated. 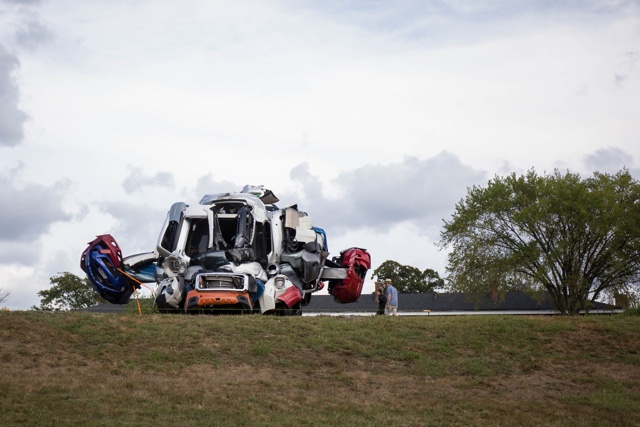 The Governors Island Art Fair continues today and tomorrow, and every weekend in September, from 11 a.m. to 6 p.m. The ferries from Brooklyn and Manhattan, by the way, continue to run on the summer weekend schedule throughout the month, which is a good and necessary thing if the massive crowds on yesterday's boats is in any indication of what the rest of September has in store.

#art fair
#governors island
Do you know the scoop? Comment below or Send us a Tip