“After four days of partying with post tropical cyclone Hermine it’s difficult to do simple tasks like make toast or figure out which kiwi to buy," surfer Russ Dungan tells me. "I’m spent, I keep catching myself standing there spacing out. My whole body is a wreck, scratched up from washing over the jetty and sore from paddling. We’re going to be talking about this one for years. Hermine broke the flat spell of summer crying."

Hermine, the sea witch of magic and controversy. The tropical Nor'easter hit New York late last Saturday and continued for days. Swimming at city beaches was prohibited for the holiday weekend, but the beach was a live surf film. The waves were winter stormy in warm water and summer fashion. Monday liquid mountains took over the jetties, with sets breaking far out. It was a surfing avalanche. East Coast surfers were challenged, admired, and breaking the law.

"Hermine was a special one for us—she brought both size and shape which is what some of us live for," Anthony says. "The only disappointment is how our great city of New York handled it. Closing the beaches and ocean for three days before we knew what the storm was really doing was just amateur. One day I hope that the locals have more say over the beach operations, but the fact that the lifeguards don’t really have a say now just goes to show the layers of bureaucratic BS that we will have to wade through before that happens.” 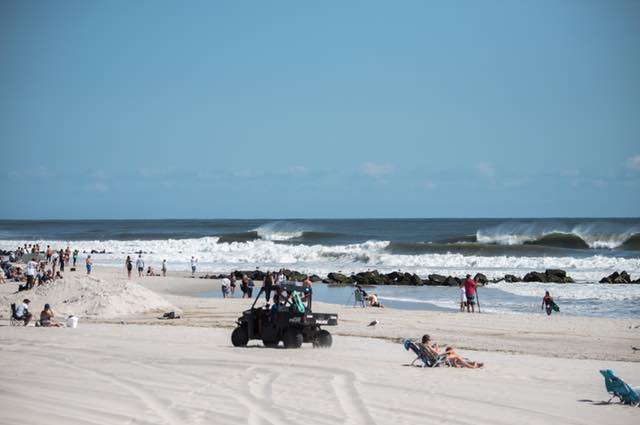 “From the start there was a lot of hype surrounding the storm with flood warnings, beach closures and threats of arrest for surfing its powerful waves," Reinhardt explained. "However, none of that was enough to deter surfers from getting after it. In between discriminating beatings for kook and pro surfers alike, there were plenty of amazing rides to be had. Hurricane Hermine was a cruel and beautiful bitch. I managed to get some of the best waves I’ve caught in a while, needed after a two months summer starvation for waves. Beaten, battered and smiling big, we are all left wondering: when is the next swell?”

These photos and words are from Andreea Waters, a NY-based photographer and writer. Follow her on Instagram at @AndreeaWaters

#andreea waters
#hermine
#storm
#surf
#surfing
#original
Do you know the scoop? Comment below or Send us a Tip