Photos: Here's What The Barclays Area Looked Like During The VMAs While the Barclays Center has been hosting New York's Shiniest Shitshows for nearly a year, last night's MTV VMAs produced the biggest spectacle we've witnessed at the arena to date. And possibly the first big awards show (besides this one) the borough has ever been host to?

Photographer Katie Sokoler threw herself into the midst of the chaotic soup, which shut down streets in the surrounding area, allowing for starstruck gawpers to get up close to the red carpet area and Scream Without Feeling. 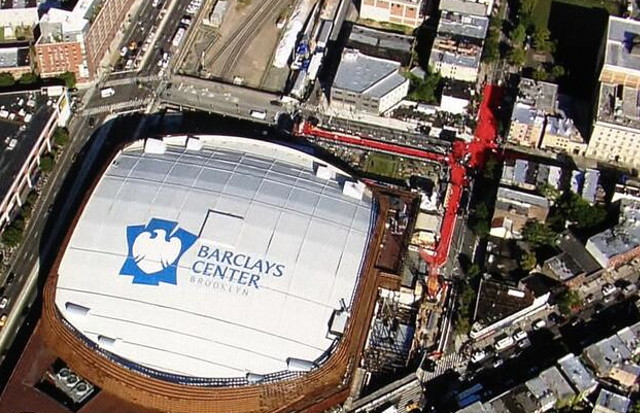 Click through for scenes from The Scene, as well as some VMA style.

#barclays center
#katie sokoler
#mtv
#vmas
Do you know the scoop? Comment below or Send us a Tip