Yesterday we reported on a secret portal that two women stepped into from a G train that was stopped between stations. Straphangers who witnessed this were utterly bewildered, as the train's operator didn't explain anything as he lifted up a subway advertisement and unlocked a door to let them out.

Clearly, this was something to do with the vast infrastructure civilians never see while traveling underground, but WHAT exactly? We soon discovered via some sleuthing tipsters that a signal tower was likely there—let's take a look around. 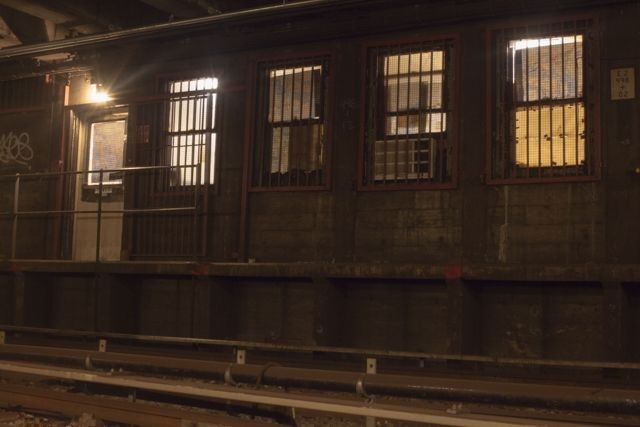 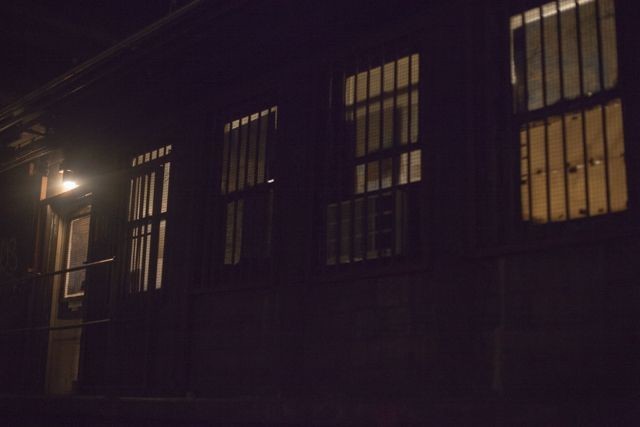 There it is—a radio could be heard playing inside. 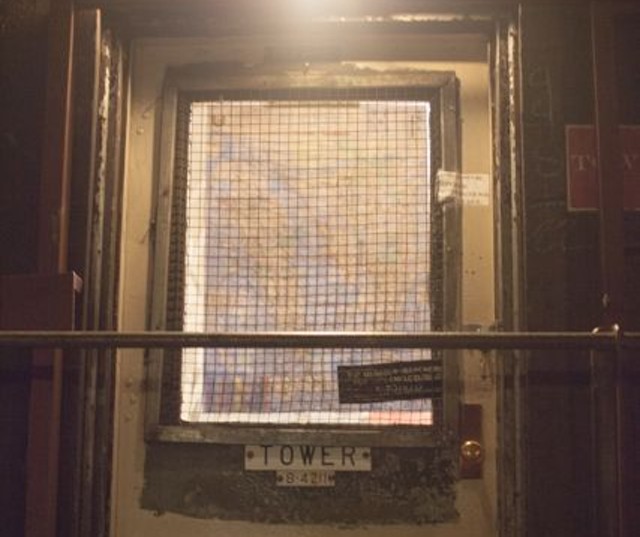 An MTA train operator said, "Tower Operators are the ones that control the switches and signals which guard the switches. A switch is a piece of track that moves to give you a certain route. Train operators do not manually turn a train, they are governed by the signals and switches. For instance, at Bedford-Nostrand, there are 3 tracks, the middle track is never in use, except for certain G.O.s. [General Orders]. During the week after 11 p.m., trains will be stopping at the middle track, not the southbound local track." He added that in order for that to happen, a tower operator needs be there for two reasons:

The operator added that, "In the last 10 years, most of the towers are no longer used. In an effort to save money they were able to create 'Master Towers' which were able to control larger portions of tracks, as well as save the MTA money in using less personal. The master towers have dispatchers and tower operators on duty 24/7."

Is it normal to see people be let out onto this platform? Yes, he told us, "it is very normal to do this. However, not many towers are located along bench-walls or catwalks anymore in between stations. There are only a few I can think of." If they can't hitch a ride, "then the tower operator and dispatcher would climb down a dirty dusty ladder to the roadbed, walk across to the other side, stepping over the third rail, then climb back up another dirty dusty ladder and walk along a catwalk which is one foot wide and dirty and dusty for about 700 feet. Since that way is a lot more dangerous, it is easier and quicker to just let them off at the door to the tower. Tower operators and dispatchers also must dress business casual for their job, which is why most of them do not want to walk the roadbed and catwalk." This explains the man in tweed.

If you want to see a signal tower room, we recommend you do so in the safety of the Transit Museum, which has one—and the operator tells us it's probably pretty legit: "They all still look like they belong in a museum. Most of them are very old with levers. They still are very confusing to me. Each tower is totally different. I would imagine Bedford-Nostrands tower to be very small, which a very tiny system, since it is only controlling track for around 6 stops."

If you want to glimpse the portal, your best bet is to get in the front car of a Queens-bound G at Bedford and look out the right-hand window.

#g train
#g train portal
#MTA
#portals
#subway
#original
Do you know the scoop? Comment below or Send us a Tip