Supermodel Heidi Klum, always outdoing herself on Halloween, showed up to her own party in Vegas last night as a dead body—clearly channeling The Bodies Exhibit. She had previously told People about her costume, saying, "It's kind of like a dead body with the first layer of skin ripped off... It's basically like me naked. All my veins and blood will all be visible—you don't feel quite naked with it because it is so colorful." She slowly revealed her transformation via Twitter yesterday, before making her grand entrance to the party on a gurney. 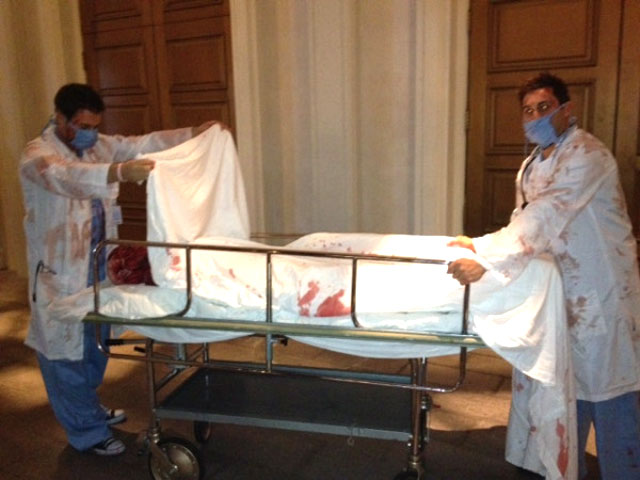 Tomorrow night Klum will have another party, here in New York City, where she'll be sporting a different costume—reportedly for this one, she's had "fangs molded that will be attached to her teeth." Some video from her arrival last night below, and you can see more photos of her past and present costumes here.

#costume
#halloween
#heidi klum
Do you know the scoop? Comment below or Send us a Tip