Now that the Met Gala is out of the way, the real show starts: Heavenly Bodies: Fashion and the Catholic Imagination. That's the theme for this year's the Metropolitan Museum of Art's big fashion exhibit for 2018, which opened today and features "40 ecclesiastical masterworks from the Sistine Chapel sacristy" and 150 ensembles from the 1900s to present.

The sprawling exhibition takes over a number of Met's spaces: Designer ensembles are situated amongst the Met's vast medieval collection as well as in the Byzantine galleries, where dramatic music plays to get you in a period mood. For those who want to venture further north, you can also see some of the pieces at The Cloisters. 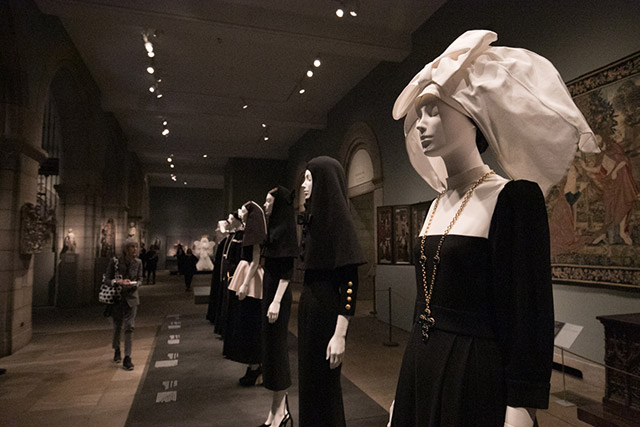 "The presentation situates these designs within the broader context of religious artistic production to analyze their connection to the historiography of material Christianity and their contribution to the construction of the Catholic imagination," the museum explains.

In the Anna Wintour Costume Center, many of the items on display are from past Popes, which are restrained in their own richness. 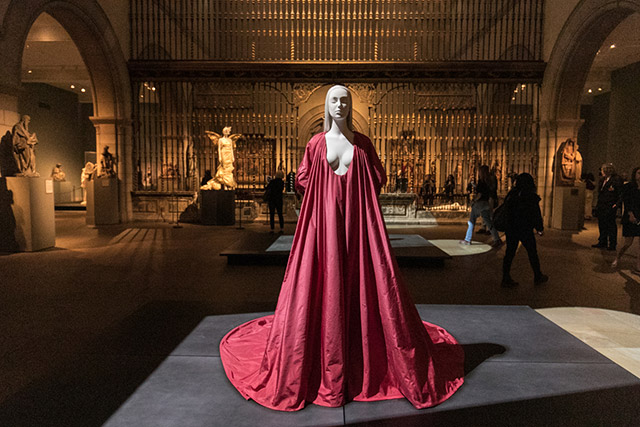 "Fashion and religion have long been intertwined, mutually inspiring and informing one another," said Andrew Bolton, the Costume Institute's curator, said in a statement. "Although this relationship has been complex and sometimes contested, it has produced some of the most inventive and innovative creations in the history of fashion."

Heavenly Bodies runs from May 10 until October 8, 2018, at the Met Fifth Avenue and Met Cloisters.

#cloisters
#fashion
#heavenly bodies
#metropolitan museum of art
#vatican
Do you know the scoop? Comment below or Send us a Tip
A new Gothamist is coming! We’ve moved comments over to our beta site. Click here to join the conversation and get a preview of our new website.