It is burning hot today. Like, "Thanks for these suggestions on how to live without air conditioning, but I WANT AIR CONDITIONING." The next best alternative is to take a swim... which is the same idea everyone else had.

A tipster sent in these photos of the loooooong line of people trying to get into the McCarren Park Pool. These folks were apparently snaked around the block in hopes of enjoying this kind of bliss: 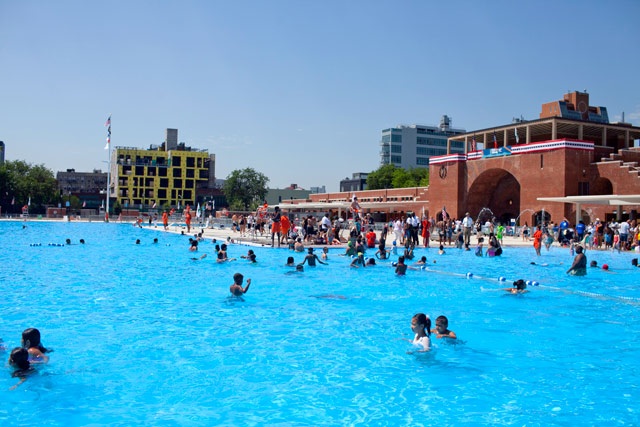 We hope all of you cool off and can avoid the "brown clouds." And try to be chill with the lifeguards—it's not like they want to yell at you.

#brown cloud
#hot day
#McCarren Park Pool
#original
Do you know the scoop? Comment below or Send us a Tip
A new Gothamist is coming! We’ve moved comments over to our beta site. Click here to join the conversation and get a preview of our new website.