The world’s largest marathon turned the city into a 26.2-mile-long block party on Sunday, as more than 50,000 runners and some 2.5 million raucous cheerleaders filled the streets in all five boroughs. 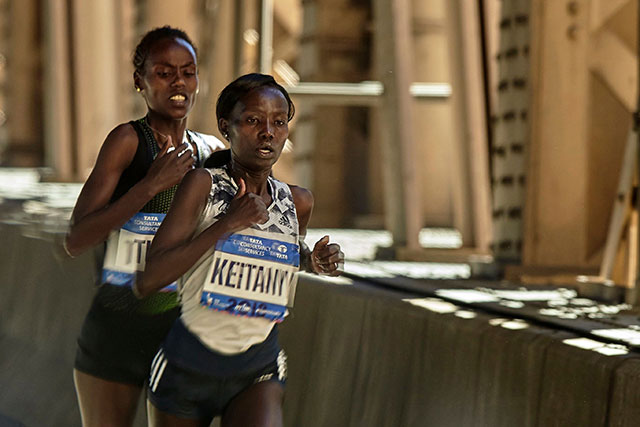 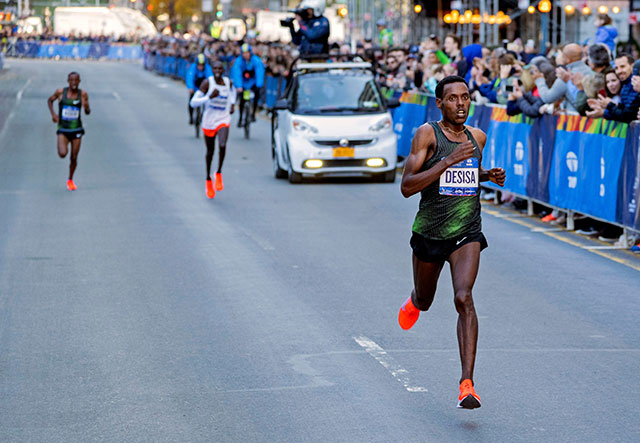 Lelisa Desisa, of Ethiopia, leads other runners near the finish of the New York City Marathon, in New York (Craig Ruttle/AP/Shutterstock)

THE VERDICT | @manuelaschaer 🇨🇭 did it the hard way today against @TatyanaMcFadden 🇺🇸 and came out on top 👊 #AbbottWMM #TCSNYCMarathon pic.twitter.com/jHdXjCcp0C

What a finish for Daniel Romanchuk! pic.twitter.com/tdEmYKfxCt

Of course, 99.99% of the participants in the race have no chance at victory, and for many the primary goal is just to finish the damn thing without collapsing. For these folks, NYC turns out in force, shouting encouragement, waving goofy signs, dancing and singing and handing out high-fives, smears of Vaseline, oranges, salt, pretzel sticks, paper towels, bananas, and all manner of Halloween candy. And that doesn't include the 12,000 official volunteers, who take on everything from handing out water and shoveling up discarded cups to directing the dazed post-race traffic in Central Park and assisting in the medical tents.

As far as sign trends go, in addition to the increasingly popular giant head photographs, "go random stranger" sentiments, and jokes about the MTA, there were many pleas to VOTE in Tuesday's election. As usual, the most thumping party of the day was in Williamsburg, though the experimental rock band that was blasting discordance on North 9th kind of cleared out that corner. And I witnessed one marriage proposal after the race, right there on 81st Street and Central Park West.

Click through the gallery above for scenes from the day in Bay Ridge, Gowanus, Fort Greene, Williamsburg, Harlem, and Central Park.

#marathon 2018
#nyc marathon
Do you know the scoop? Comment below or Send us a Tip