Right around the time you probably settled into your desk chair or took the morning's first slug of coffee, a modest gathering of fans and extremely lucky press assembled in Rockefeller Plaza to see Fleetwood Mac, which, for the purposes of this story, is the greatest band of all time. You can try arguing, but I have the floor here and anyway, had you been there you would surely agree.

Being within handshake distance of your musical idols is unsettling as it is spectacular. Only a few feet separated Gothamist Deputy Editor Jen Carlson and I from the band, and despite being in the midst of a Midtown tourist attraction, the effect was weirdly intimate. I stood the entire time wearing what I'm sure was the wild, unblinking expression of a murderous sociopath, a fact of which I only became aware when Stevie Nicks and I briefly made eye contact. It had not previously occurred to me that Stevie Nicks could have an opinion about me; the impression I left on her was surely one of vague discomfort and a mental note to tighten up security.

In addition to the Almighty Stevie Nicks and her flawless hair, the stage was occupied by Lindsey Buckingham, Mick Fleetwood, John McVie and Christine McVie, who left the band in 1998 and rejoined earlier this year. For a Today Show event, the crowd was sedate, probably on account of the early hour and fact that the average age was...40s? 50s? I frankly don't know. I was too lost in the rapture of Stevie's perfectly executed twirls and flawless tambourine form to notice anything else in the world. "The more I sit here the more I'm convinced there was no one else but us there," Carlson said as we debriefed over Gchat. I tend to agree. A swarm of winged piranhas could have blackened the sky, and my reaction would only have been one of irritation that they were blocking my view.

What else do you need to know? At points, Lindsey Buckingham hovered so close to the edge of the stage it would have been easy to reach out and pluck his low E string. "It was all so personal," Carlson said. "He pretty much made it his job to deliver a personal guitar solo experience to each of us in front, complete with soulful and direct eye contact. Going to have to buy a First Response™ at Duane Reade during lunch." 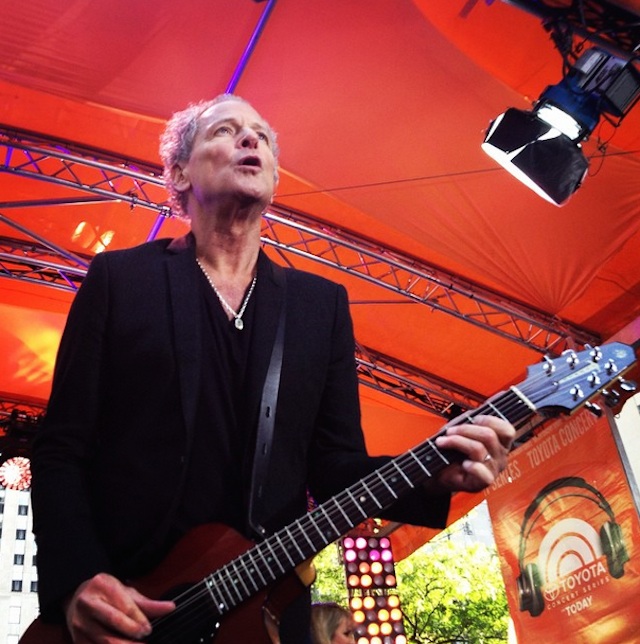 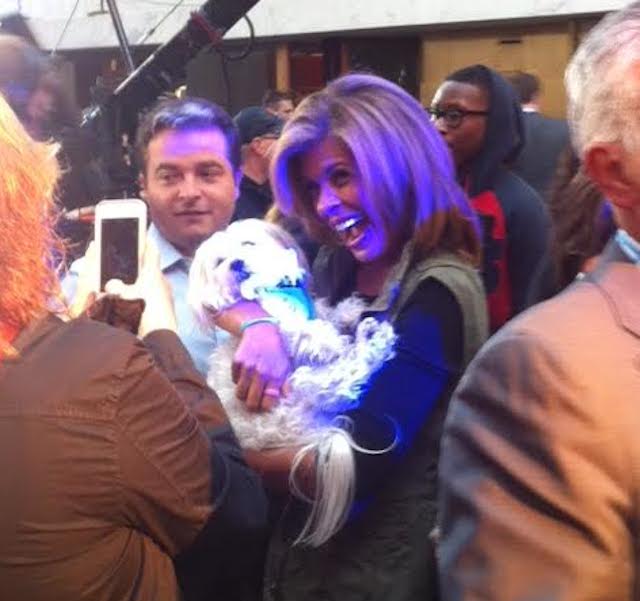 Back to Carlson, who summed up the morning's events like this:

"There should be an emoji created for this experience since it's too hard to describe with words. I think it would be like: a face with a delirious look as if under a spell, then the pupils of the eyes are like glowing in a dreamy way, then there is a protective scarf encircling the face, like an angel. And the scarf is sparkling. Or maybe the emoji is just the glowing, beautiful soul-bearing briefcase at the end of Pulp Fiction."

The band is adding 28 more shows to their already-scheduled 39-city tour, the second leg of which will begin on January 16.

Everyone should see Fleetwood Mac.

Dapper Dan, a fashion icon whose brand-logo designs during the 1980s caught on among hip-hop stars, says he felt inspired to remove the stigma surrounding hoodies.

By
Kerry Shaw
His job is to pick the Rockefeller Center Christmas tree. It takes all year.

By
Kerry Shaw
7 picks a week: Explore the African diaspora onscreen, see new art and get blown away by a fiery quartet
By
Steve Smith
Beyond Broadway: How to see great NYC theater on a budget
By
Lindsey Weber
‘Lightscape’ returns to Brooklyn Botanic Garden for second season
By
Reece T. Williams
Get the news New Yorkers need in your inbox