After a beautiful J'Ouvert was marred by deadly gunfire, the West Indian American Carnival Parade took over Eastern Parkway yesterday afternoon, as more than one million people lined the broad boulevard and danced in the streets for the annual celebration of Caribbean culture and pride. 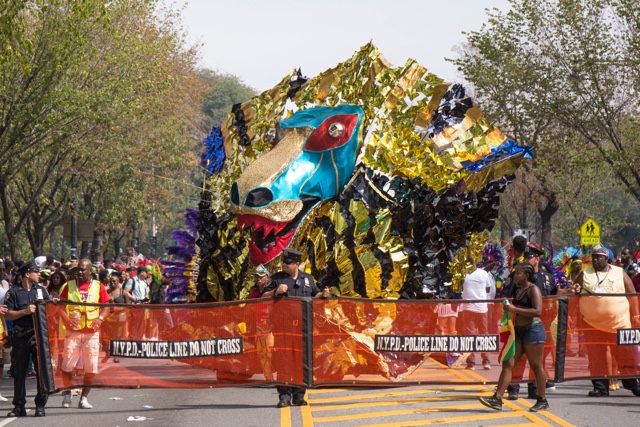 The parade stepped off about an hour behind schedule, as Governor Andrew Cuomo held a press conference about the murders in Crown Heights hours earlier, evoking the memory of Carey Gabay, his aide who was killed during last year's J'Ouvert. Mayor Bill de Blasio was also late, after speaking to the media at a different site, closer to the killings. 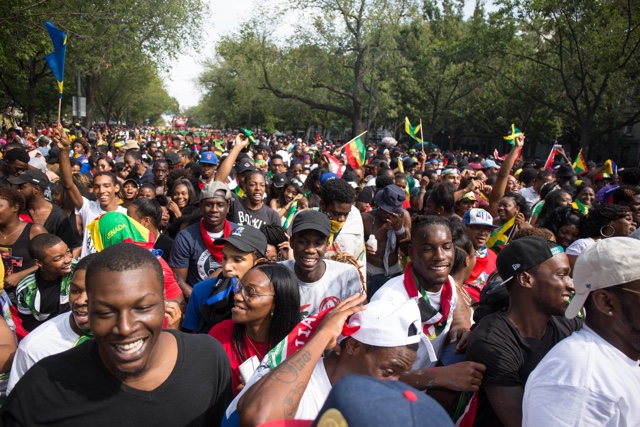 Once the parade began, however, all of the familiar festivities quickly fell into place. There was lots of daggering and twerking, extraordinarily loud music blasting from an endless procession of trucks, fantastically elaborate "masquerades," raucous expressions of happiness, and a huge variety of island food available at tents all along the route. 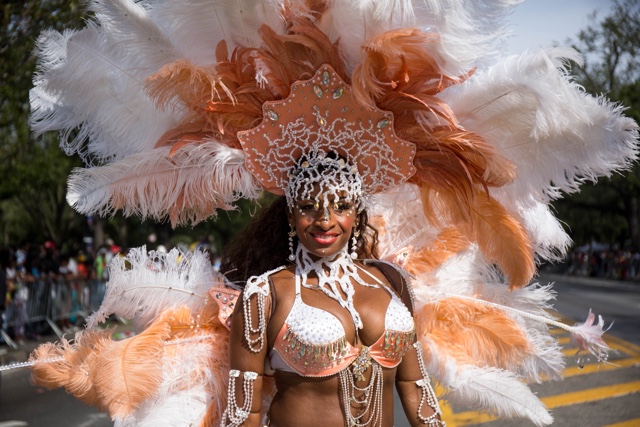 And, of course, there was a considerable spillover from J'Ouvert, with groups of young people still covered in powder, paint, and motor oil from the overnight revelry who were clearly eager to keep the party going throughout the long afternoon. The large NYPD presence mostly ignored the abundant drinking and smoking along the route, seeming to focus mostly on regulating the flow of the parade with their orange kettling nets.

#brooklyn
#carnival
#Crown Heights
#west indian day parade
#original
Do you know the scoop? Comment below or Send us a Tip