Photos: Everything You Need To Know About The Color Run Before It Hits Brooklyn This Summer This past Saturday the Color Run was held in the area surrounding Citi Field, dusting the ball field's parking lot with all the colors of the rainbow. For the uninitiated, the Color Run is billed as "The Happiest 5K On The Planet," where participants are blasted with colors as they make their way along the course. There's even a live band along the route (ours was playing '90s radio hits from the likes of Third Eye Blind).

As you cross the finish line, you enter a Color Run festival, where music is pumping and more layers of color are applied to those who desire it. A deejay on stage tells participants crowded in front what color packets (provided post-run) to open before tossing them in the air and adding a final, vibrant coating to your sweaty skin. You can also just dump the packets provided directly onto yourself—let us demonstrate: 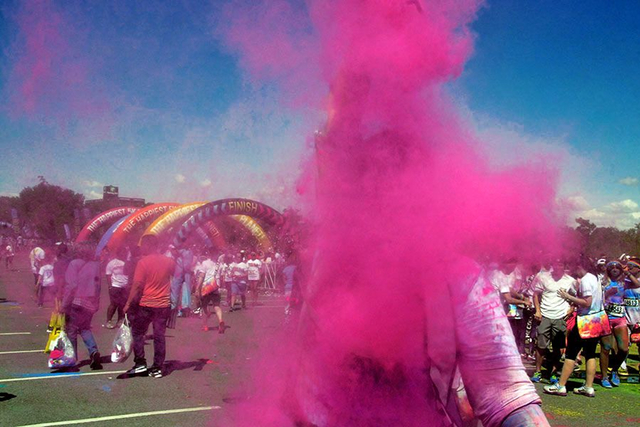 The run is coming to Brooklyn's Floyd Bennett Field in July (tickets are still available, but expect them to sell out quickly), so we thought we'd give you a heads up on the good and the bad to expect, since we participated in the Queens one. 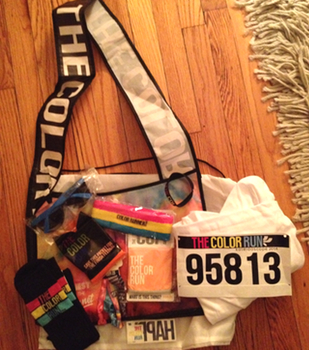 Overall, this is a very fun 5K if you are in it for the fun, and not the run. It's even kind of fun riding the subway back all coated in colors afterwards—just try not to brush up against anyone (sorry about that, lady on the 7 train).

#5k
#color run
#run
#original
Do you know the scoop? Comment below or Send us a Tip