There were several lightning delays throughout the day, and the grounds were basically swamp by late morning, but the weekend-long Hong Kong Dragon Boat Races still attracted hundreds of people to Flushing Meadows Corona Park on Saturday. The 28th annual festival, which also features live performances, food trucks, and corporate freebies, continues today with a packed schedule of races out on Meadow Lake.

There are some 200 teams slated to race over the weekend, with more than 2,500 paddlers, drummers and steer persons total. Corporate teams, such as HSBC, Con Ed, and Macy's; municipal teams—the NYPD, FDNY, and the Parks Department all sent boatloads of racers this year; health care teams (Columbia Presbyterian); and club teams—perennial powerhouse DCH, New Jersey-based JLL—all compete in various invitationals and divisions throughout the weekend. 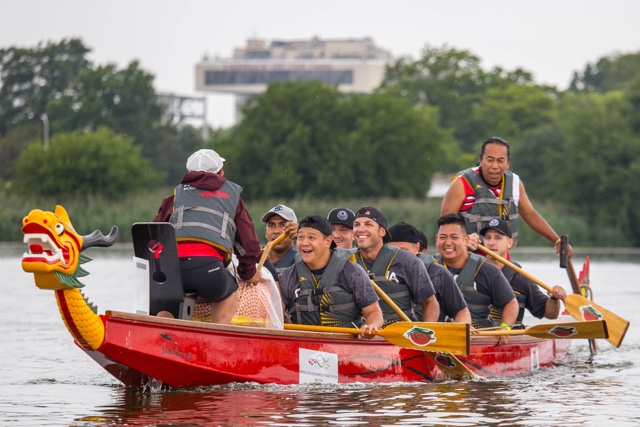 And when they're not out there churning the green-with-vegetation water in 250- and 500-meter sprints, the racers are eating, or napping, or playing cards, or goofing around in the individual team tents scattered all over the grounds. Clearly, the camaraderie is as strong, and as valued, as the competition during the festival. 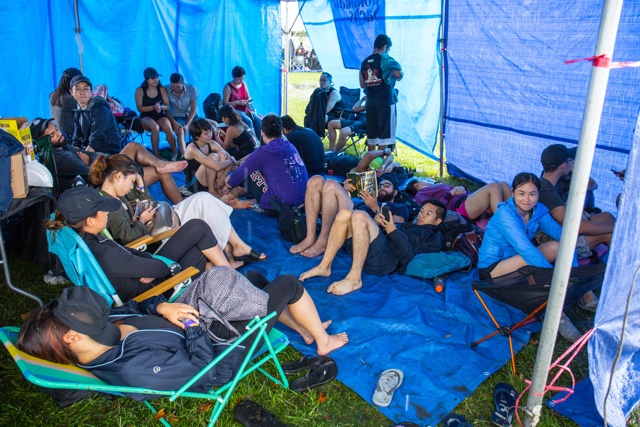 Saturday's opening ceremony came during one of the few not-raining periods of the day, with Queens Borough President Melinda Katz and U.S. Congresswomen Grace Meng delivering brief words of encouragement to the racers. Spectators were thin on the Meadow Lake banks, and even the lines at the branded-giveaway booths were short in the miserable weather. 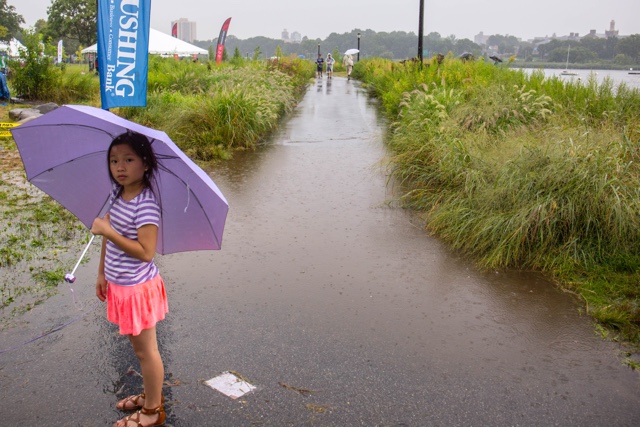