Actual cherry blossoms may have been a bit elusive at this year's Sakura Matsuri, but that didn't stop thousands of springtime enjoyers from packing into the Brooklyn Botanic Garden this weekend for the annual celebration of Japanese culture, both traditional and contemporary—the latter ably represented by the hoards of young cosplayers roaming the grounds in their fantastic, handmade outfits. 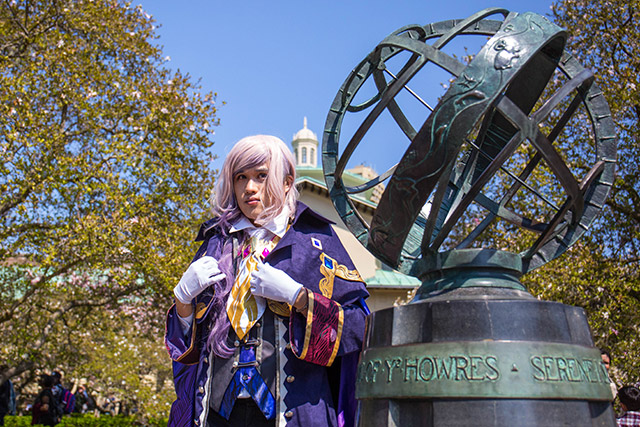 Despite the delayed blossoming, a smattering of trees did cooperate by hitting "peak bloom" status in time for the festival, and they were rewarded with non-stop selfie love all weekend. However, the bright-pink Prunus Kanzans, which make up the vast majority of the Botanic Garden's plantings in the Cherry Esplanade, remained in pre-bloom dormancy. The trees' muted condition, of course, had no impact on the cosplayers' enthusiasm and dazzling creativity. 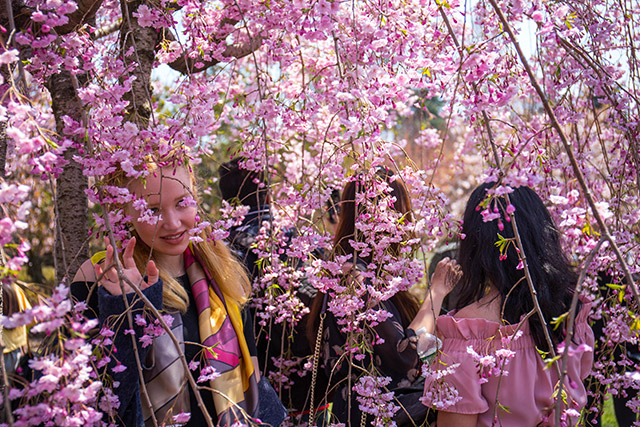 There was plenty of organized entertainment on three stages, everything from taiko drumming to a Parasol Society fashion show to Japanese go-go pop to video game themes blared out by the J-Music Ensemble. Workshops, kids' activities, origami and bonsai demonstrations, and a bustling marketplace rounded out the celebration. The festivities culminated with the Ninth Annual Cosplay Fashion Show, a raucous affair featuring nearly 30 elaborately costumed participants showing off their passion for their craft.

#brooklyn botantic garden
#cosplay
#sakura matsuri
Do you know the scoop? Comment below or Send us a Tip