Over the weekend, the New York Transit Museum brought its fleet of vintage vehicles out onto Boerum Place in Brooklyn in celebration of the 22nd Annual Bus Festival.There were about 16 buses and support vehicles in all, and you could climb up into most of them to experience NYC bus history firsthand.

The city's transit nerds were out in full force, and with good reason: this is an awesome yearly tradition, with lots of MTA and Transit Museum workers on hand to (try to) answer all of your questions. Some observations from the event: 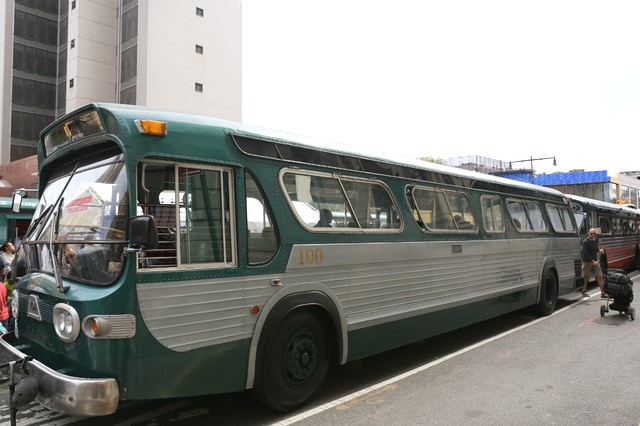 The buses have now headed back to storage, but they'll be back out next year, which gives you just about enough time to click through these photos...

#bus festival
#MTA
#transit museum
#vintage buses
Do you know the scoop? Comment below or Send us a Tip