Sunday afternoon Fort Tryon Park was transformed into a medieval village, as knights and dragons, wizards and wenches, peasants and royalty converged in Upper Manhattan for the 31st annual Medieval Festival.

There were magic performances, music, and dancing throughout the park, as well as a couple of grand falconry demonstrations. The most popular events, however, were the armored combat battles, such as the five-on-five tournaments for which men donned around 90 pounds of armor and swung heavy metal axes and swords at each other. The booths selling those nasty-looking ancient weapons were also busy all day. 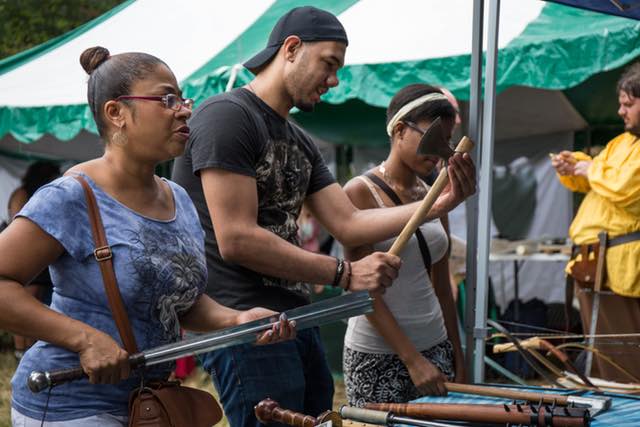 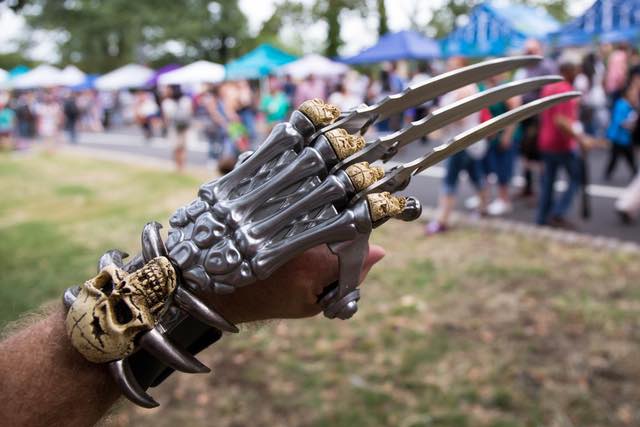 This one was just 60 bucks. (Scott Lynch/Gothamist)

The mead and beer flowed freely, the Ye Fried Dough booth did brisk business, and just about everyone ate at least part of one of those giant smoked turkey legs—a festival staple. The Medieval Festival is an annual free event, but if you want a giant drumstick before then, the Meat Hook shared this recipe with us.