Photos: An Immersive Ghostbusters Party Is Taking Over Williamsburg Paranormal activity was rampant in Williamsburg Wednesday night, as hundreds of diehard Ghostbusters fans met up at VillainGhostbusters HQ to both commemorate the 1984 classic and look ahead to this summer's upcoming reboot. Filled with spot-on recreations of ghost traps, ectoplasm, proton packs, and possessed souls, the event was yet another immersive movie-based production from BBQ Films, who have a history of throwing intricately themed, deeply weird and devilish parties. 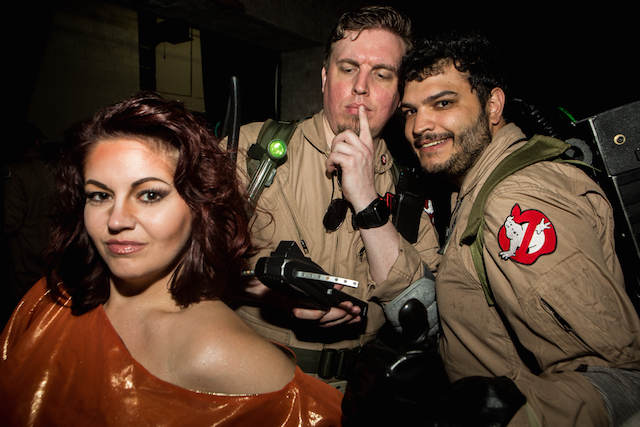 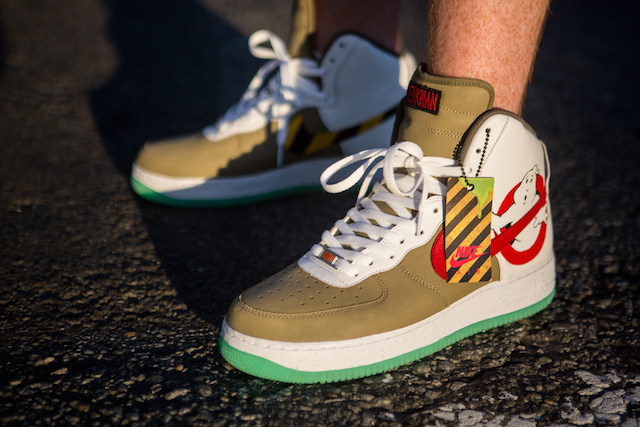 That word, fandom, was used by many at Wednesday's party, but BBQ Films co-founder Gabriel Rhoads sees the all-in Ghostbusters celebration differently. "Yes, we're fans of stories who make us who we are. I do love Ghostbusters, but I wouldn't call myself a die-hard fan," Rhoads said outside of the party as the crowd sat watching (and cheering) the original film. "What I do like, though, are these stories that are a common shorthand between people. These little vignettes that make it easier to talk to each other."

"When we come together, that shared resonance is really important to these events. They're not fan events, they're social events—we use the underlying story to come up with an event that's transportive because of the way people can interact." Rhoads said the challenge with putting on a Ghostbusters party is that so many elements of the film have become iconic. "All of these little pieces have to work together so when you walk into our world, you believe that ghosts are real!"

With the help of an extensive, all-volunteer crew, Rhoads has pulled it off. Ghostubsters HQ is a slightly wicked and joyful party with so many detailed fixtures that even the most casual of fans will have a blast. But more importantly, that "shared resonance" rings true.

"It's about a bunch of mostly-normal guys saving the world. When you don this gear, everyone knows who you are," Lee Burton said. Burton is a member of the Ghostbusters of Connecticut, a fan group that regularly attends events dressed in full Ghostbusters gear to raise money for charity. "For me it was a childhood dream to have a proton pack—so I built one."

"I wore out my VHS tapes," die-hard Ghostbusters fan (and pro wrestler) Zack Ryder said. "I have a proton pack, all the toys, everything. I love these movie for so many different reasons."

#bbq films
#ghostbusters
#williamsburg
#original
Do you know the scoop? Comment below or Send us a Tip