Photos: An Endangered Golden Lion Tamarin Is Living In Brooklyn

A new golden lion tamarin was born in May, and is now available for you to gaze at in the Prospect Park Zoo. Did you know tamarins are native to Brazil, where the #WorldCup is hosted this year? We heard this little guy loves soccer, and his new home country the #USA:

From the Wildlife Conservation Society: "Golden lion tamarins are listed as Endangered by the IUCN (International Union for Conservation of Nature), with only about 1,000 animals surviving in nature. The breeding of the species is part of the Association of Zoos and Aquariums’ (AZA) Species Survival Plan, a cooperative breeding program designed to enhance the genetic viability and demographic stability of animal populations in zoos." These guys are basically small monkeys (they only stand about 10" tall!), and are native to the Atlantic rainforests. In conclusion, justlookatthosefaces: 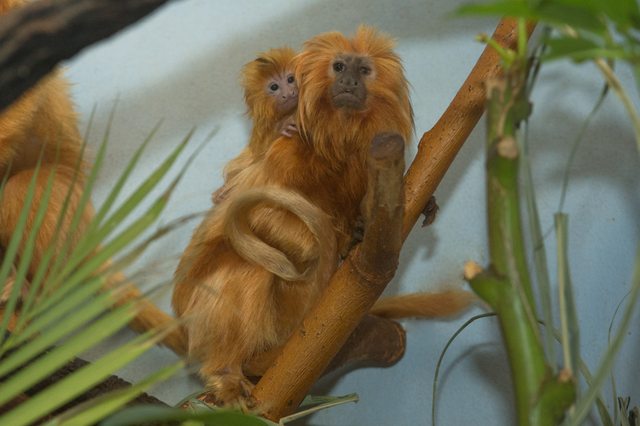 #golden lion tamarin
#tamarin
#wcs
#zoo
Do you know the scoop? Comment below or Send us a Tip