Photos: A First Look At The NYC AIDS Memorial After more than five years of construction the NYC AIDS Memorial finally had its official unveiling last Thursday morning, in a ceremony presided over by Mayor de Blasio, former City Council Speaker Christine Quinn, and City Councilman Corey Johnson, who represents Chelsea and is HIV positive. The Gay Men's Chorus also performed during the dedication.

The memorial is located across from what was once St. Vincent's Hospital, which was ground zero during the height of the AIDS epidemic in New York City in the 1980s and at one point housed the largest AIDS ward in America. More than 100,000 New Yorkers have died of the disease since 1981.

The hospital closed in 2010,and the complex has since been converted into luxury condos, including a row of townhouses priced at $26.5 million each. 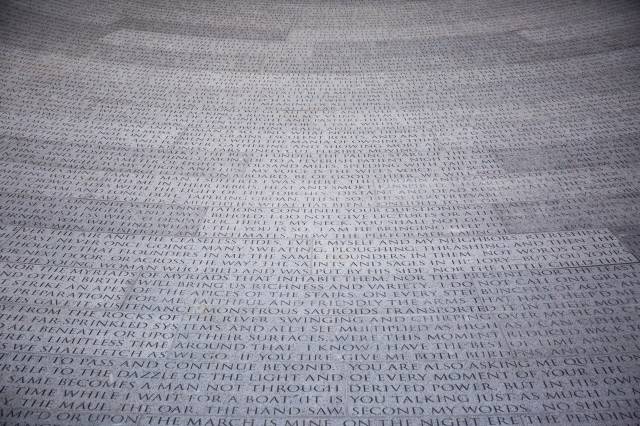 The memorial ceremony was scheduled for Thursday in order to coincide with World AIDS Day, but after the speeches were made and the temporary stage packed away, construction crews promptly reinstalled the fencing and barricades around the site.

Update: The park is currently closed, as there is still additional work to be done on the memorial. NYC AIDS Memorial's cofounder Paul Kelterborn explains, "The final components still to be installed are the large granite benches that line two sides of the site. We expect them to be delivered the week of 12/19. Once they are installed, we will be allowed to remove the fencing and the memorial will then be open to the public. It should be open before the end of the month, barring any unforeseen delays."

When they do allow access onto the site, you can expect an abstract, trellis-like structure composed of triangles, designed by studio a+i, that juts in multiple directions over a perpetual waterfall-fountain, and a piece by artist Jenny Holzer carved into the granite floor, which uses words from Walt Whitman's "Song of Myself." 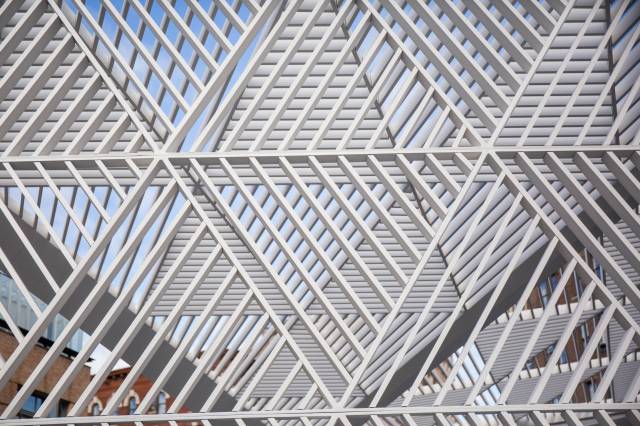 #aids memorial
#nyc aids
#st. vincent's triangle
#original
Do you know the scoop? Comment below or Send us a Tip