Photos: 50 Cent In Neck Brace After Car Crash On LIE

Nobody panic—50 Cent is GOING TO BE OKAY, but you should know won't be able to avoid hearing the news that 50 was in a car accident early this morning on the LIE. Fan site This is 50 reports that the rapper was rear-ended by a Mack truck on the LIE somewhere in Queens. The truck driver reportedly told police "his load shifted and he lost control of the vehicle." The truck reportedly rear-ended 50's bullet proof SUV, nearly causing it to flip over.

The rapper's spokesperson tells the Daily News, "50 Cent was taken to New York Hospital Queens where he was treated for minor neck and back injuries. He was released this morning and is doing fine." With any luck, we'll get some more photos of 50 leaving the hospital wearing one of those funny foam neck collars, which would make the perfect cover for his next album "He's My Butler." 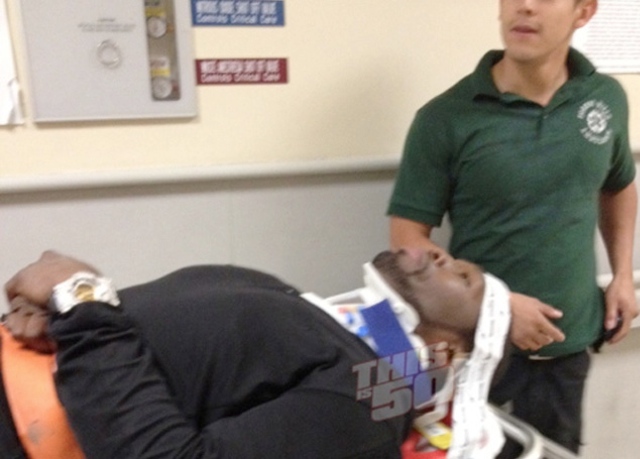 #50 cent
#car crashes
#lie
#queens
#why god
Do you know the scoop? Comment below or Send us a Tip