Last Friday, artist Shaina Stigler attempted to recreate the 1980s on the G train, which looked more like an '80s pop culture party or a Lisa Frank sticker book than a real life tribute to that era underground. Probably for the best. 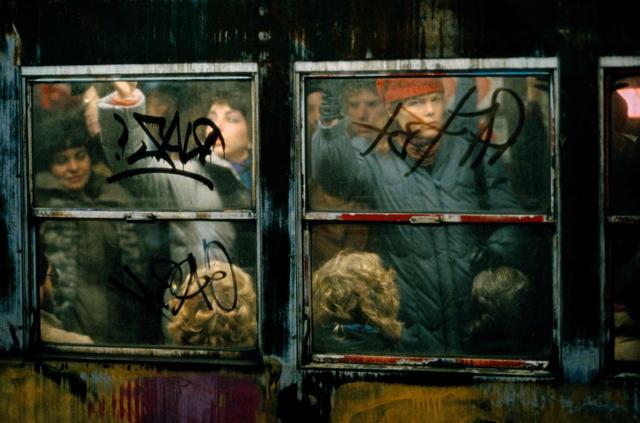 To give it some realness, however, Stigler did hire an actor to portray a Guardian Angel, but reportedly one real original member showed up. CityLab notes that there was a call to action by Curtis Sliwa, "who read about Stigler’s time-travel experiment, and her plans to include performers in Guardian Angel costumes in the Daily News."

The host that night, Oscar Montoya, told the paper: “I have an idea of what the ’80s were all about. The city was very dangerous, but very alive.” And Stigler, who moved here in 2007, recognized: "The ’80s were really fucking scary and hard.” 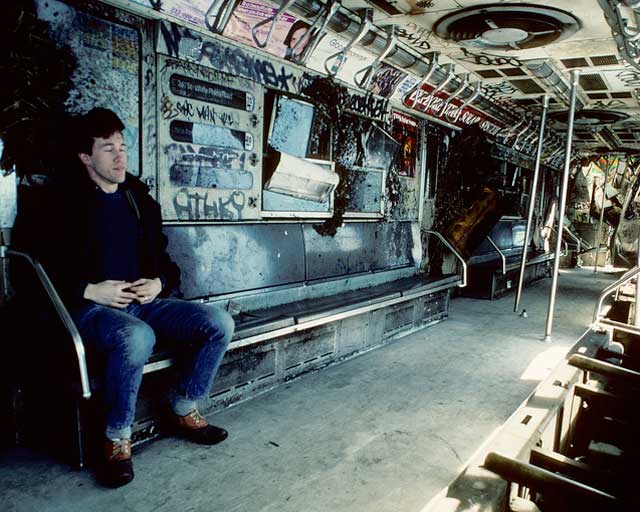 In the subway junkyard. (Photo by Steven Siegel)

According to photographer Shavon Meyers, this was the first in a series of events in NYC to be planned by Stigler.

#fake 1980s
#Shaina Stigler
#subway
Do you know the scoop? Comment below or Send us a Tip
A new Gothamist is coming! We’ve moved comments over to our beta site. Click here to join the conversation and get a preview of our new website.