Photographer Janet Delaney has always lived on the West Coast, but in the 1980s she captured New York City beautifully. Throughout the decade, the city became a frequent destination spot for Delaney, who grew up in the quiet suburbs of Los Angeles—"I longed for the unexpected, haphazard encounters Manhattan had to offer."

After decades spent shelved in storage, she's finally dusted off her New York City prints, which are vivid, crisp, and distinctly of another era. "In the 1980s I made 11 x 14 prints in my color darkroom and showed them to a few people," she told us this week, "but I was busy photographing in San Francisco and Nicaragua at the time so I did not do anything with them. The prints stayed on the shelf for more than 25 years." Delaney tells us she made 5 or so trips to NYC between 1984 and 1987—click through for a look at her photos, and below she shares more about her work and the time she spent here. 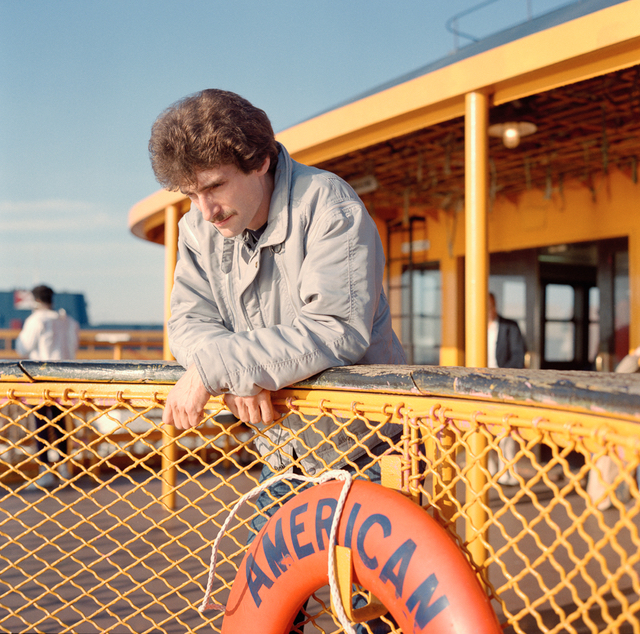 What was bringing you to NYC so frequently in the 1980s — how many trips would you say you made? I had a friend who worked at DHL and occasionally needed a courier for packages that were going overnight to New York from San Francisco. He’d call me and I would drop everything to take a (free) plane trip to New York. I’d bring my twin-lens Rollieflex and wander the streets photographing for a few days and then head back to work in San Francisco.

Around this time I made a good friend, Barbara Mensch, who was photographing the Fulton Fish Market for a book titled, South Street. I stayed with her in her Water Street loft. We shared a lot of similar interests in art. She is a true New Yorker and introduced the city to me in the most loving way.

What interested you about the city, and New Yorkers, back then? I loved the hustle on the streets. At that time San Francisco just did not have the critical mass of people that make the streets come alive. My other projects were very focused, political in nature and technically complicated. Photographing on the streets in New York was pure pleasure. I embraced the hunt, the unexpected encounter with strangers, the challenge to describe people in the context of a particular place. This all kept me very engaged. 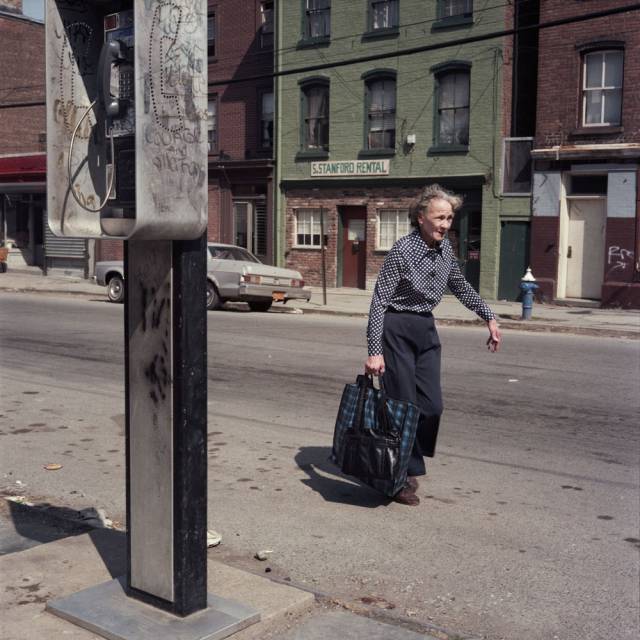 I'm assuming you've been back since the 1980s — do you prefer the NYC of the 1980s, or now? Yes, I still go back as often as I can. In fact my daughter, Jillian Jetton, recently moved to Brooklyn from Berkeley to work in theatre. When I visit New York now, or any big city, I still bring my Rollieflex. By photographing on the streets I feel a visceral connection to the place. Last year I photographed in Athens and Istanbul. Photographing in these cities gave me a similar feeling of being on the streets in New York in the 1980s.

One concern I have is the prevalence of chain stores which has made many cities lose their personal identity. This is starting to happen in San Francisco as well, though they have some controls on it. The only businesses that can afford the high rent are corporations. Another concern is the way people on the street are separated by headphones plugged into cell phones which keep everyone in their own privately curated space. The sense of the collective whole that makes urban living so thrilling is being lost. This may led you to think that I am nostalgic for the past, but actually I am very excited by the new urbanism ideology. The challenge will be to keep cities dynamic, and avoid becoming monocultures.

Delaney has shown these photos at various galleries, but has no current plans for a NYC show—she told us she would "welcome the opportunity to show the whole series in New York, they look great printed up big!"