Photo: The Drapers' First Home In 'Mad Men' Is Actually In... Pasadena

A little over a month ago I came out to Los Angeles to work with our LAist team and avoid the cruel, harsh elements stirred up by winter in New York City. Driving around Pasadena one day—which is essentially one large filming location—I swung by the home of Mad Men's Betty and Don Draper. The exterior of the home was rarely shown on the series when they lived there, but this is the infamous site where Betty shot some pigeons with a cigarette dangling off her lips:

The colonial home—which on the show was in Ossining, NY—is located at 675 Arden Road, about 300 feet from the Father Of The Bride house, an oddly New England looking area in the shadow of hills and palm trees. 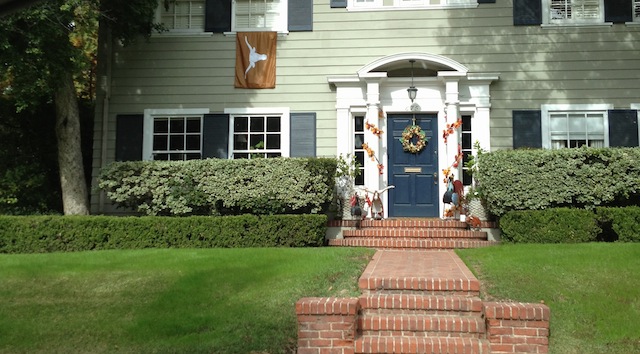 As you probably know , much of the show is filmed in Los Angeles—including the childhood "home" of Draper which closed out last season.

#draper
#filming locations
#los angeles
#mad men
#pasadena
#tv
#original
Do you know the scoop? Comment below or Send us a Tip