Photo: The Curious Incident Of The Dog Whose Head Got Stuck In A Cat House

Wikipedia, a website, defines humiliation as "the abasement of pride, which creates mortification or leads to a state of being humbled or reduced to lowliness or submission." Buddy the dog knows the true definition of humiliation. It is getting your head stuck in a god damn cat's house. 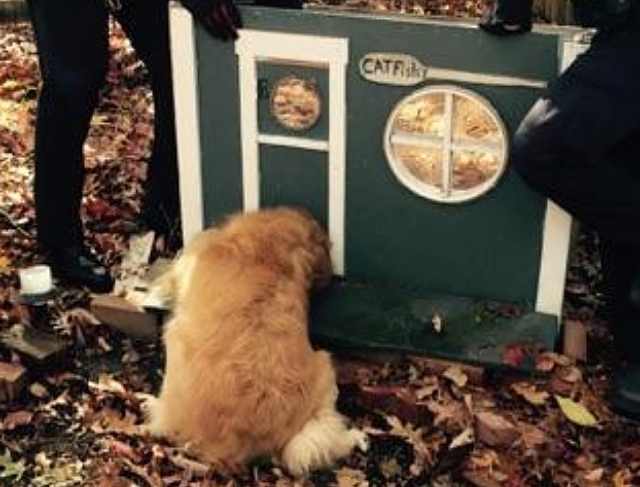 "It is an emotion felt by a person whose social status has just decreased," Wikipedia continues. "It can be brought about through intimidation, physical or mental mistreatment or trickery, or by embarrassment if a person is revealed to have committed a socially or legally unacceptable act." Buddy the dog, who became wedged in the small plastic window of a cat house in a Medford, Long Island backyard earlier today, knows a thing or two about physical and mental mistreatment. Buddy knows a little something about degradation.

"Whereas humility can be sought alone as a means to de-emphasise the ego, humiliation must involve other person(s), though not necessarily directly or willingly." You want to talk about ego and humiliation? Why don't we talk about the god damn cat—a cat whose name very well might be Catfish—who taunted Buddy for hours as he waited for police officers to use crow bars and a hammer to dismantle the cat house and free him? 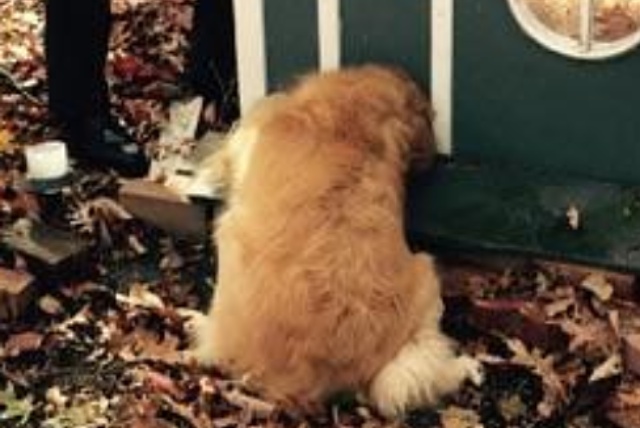