Photo: The Anne Hathaway Wax Figure Of Your Nightmares Is Here

Madame Tussauds, your one stop shop for mononucleosis in Times Square, unveiled a never-before-seen wax figure of Anne Hathaway this morning. Human Hathaway was not in attendance, but Wax Hathaway (Ms. Hathawax) most certainly was—and now you can spend 96 seconds with her silently contemplating man's place in the universe.

Are those diamonds real? Why aren't her eyes more doe-y? Why is it so hard to capture a celebrity's likeness? When was the last time I visited Madame Tussauds? Wait, have I ever visited Madame Tussauds? I don't think I have, because why would I do that? Why the hell do people even like wax figures? How is Madame Tussauds so popular? And if I know that The Dark Knight Rises is by far the weakest of Christopher Nolan's Batman trilogy and basically makes no sense, why do I insist on watching it in full anytime it's on TV? And seriously, how the fuck is it possible that all the main characters survived that film?

I'm just Asking Questions. Let's take a closer look at this wax figurine and see if anything unusual jumps out at us. 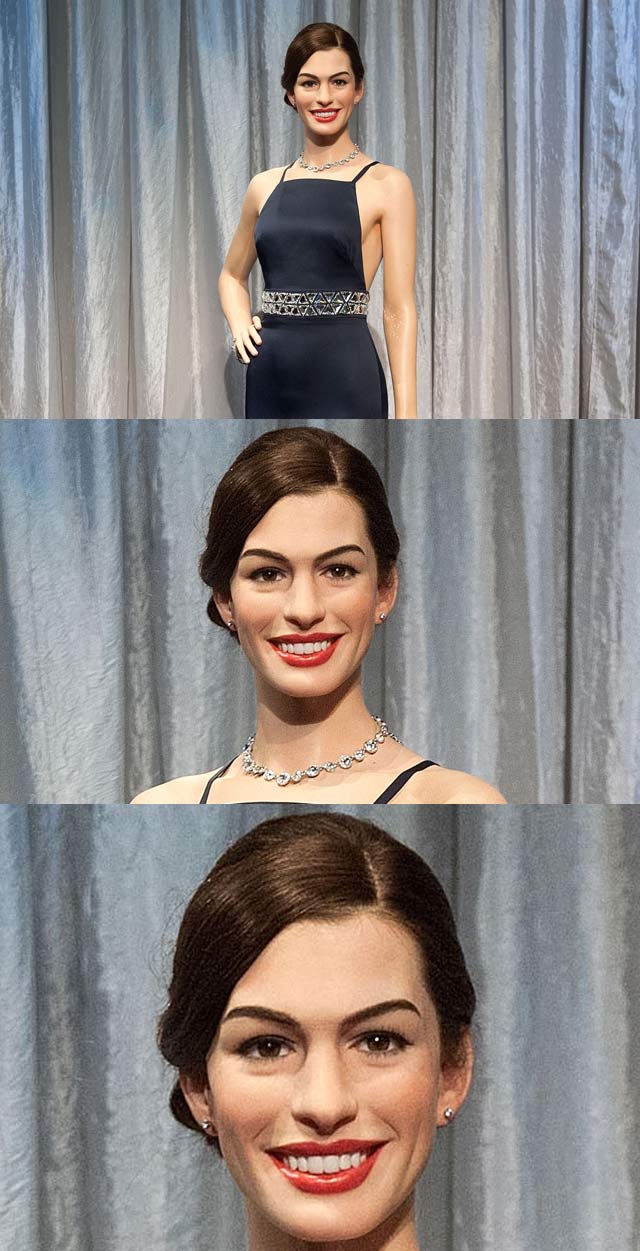 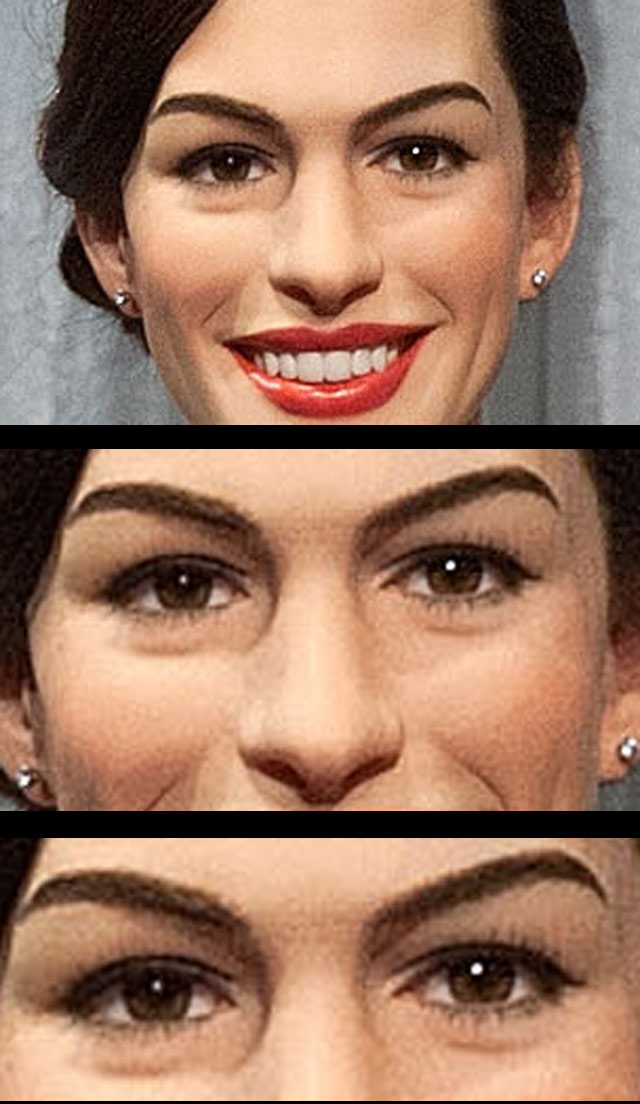 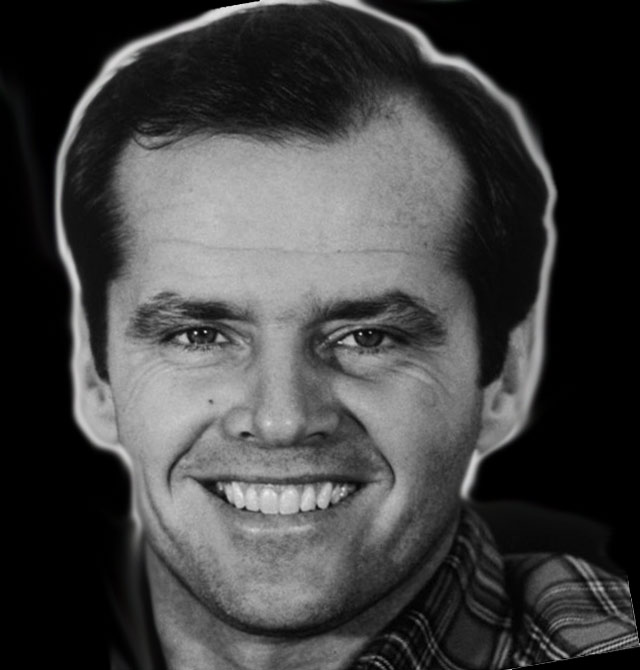 In more important Hathaway news: yesterday, we got so swept up with Brooklyn Romjerker (a romance-tearjerker) Fever, we neglected to point out that Wednesday was her birthday! At least we were so inspired, we wrote the "most pathetic sentence in Gothamist history. Possibly the history of the entire internet. I am not exaggerating" (thanks for the kudos, New York Cynic!).

But we feel bad—so happy belated birthday Anne Hathaway! You've already had a varied and wildly successful career! You were a princess and a catwoman; you're an Oscar winner and a Teen Choice Award winner; you once had blond hair for some reason; you're lactose intolerant but very human tolerant; people don't really hate you anymore, and you're supernaturally great at acting with your eyes.

Congratulations on becoming a wax immortal. As a wise man once said, keep fucking those chickens.