We've tackled the subject of Male Leg Spreading before, but never quite this wide: we don't think the gentleman in the photo above, who was spotted on a Brooklyn-bound C train this week, could possibly get any wider without dislocating a hip. He takes man sitting to the extreme, until it practically ventures into subway yoga.

But perhaps there is some logic behind his stance that mere straphangers and Gothamist writers can't glean from a single photo of a moment already lost to the sands of time. Perhaps he's just keeping the space warm for puppies. 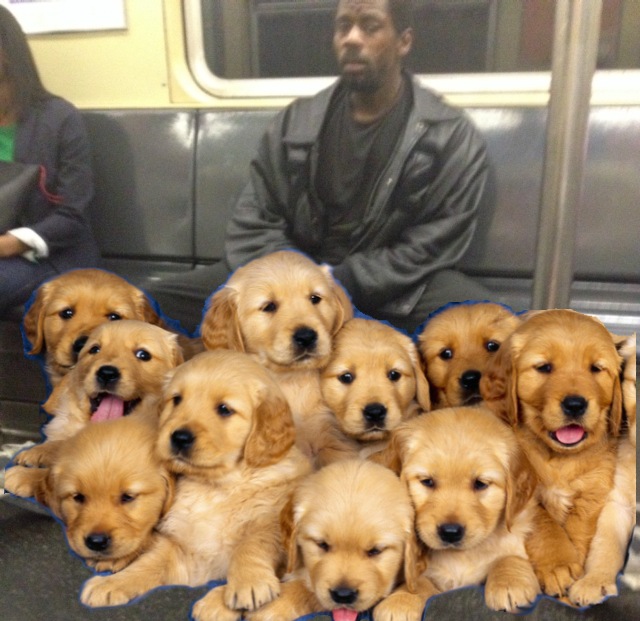 Certainly it's enough room to fit in a lot of A-list celebrities. 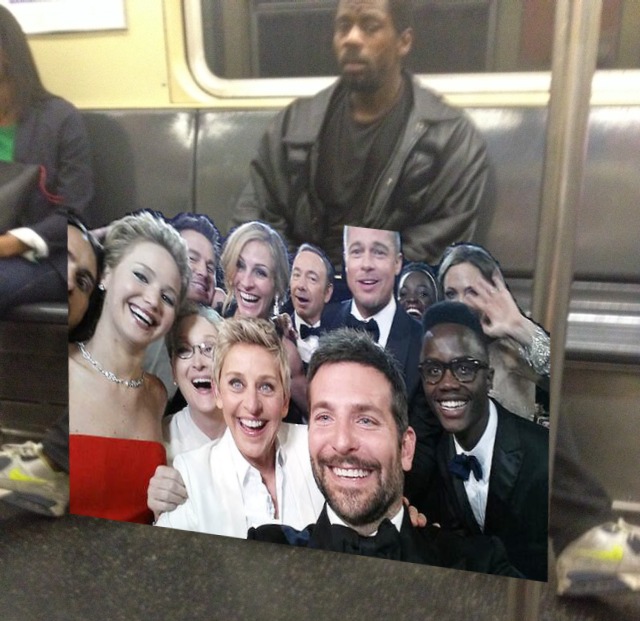 Who are we kidding, it's enough room to fit in most of NYC. 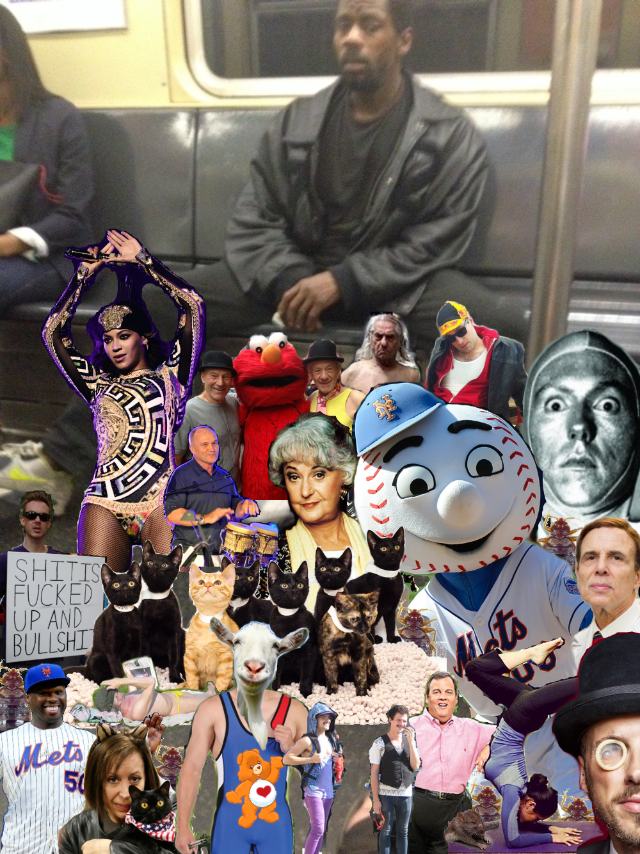 We salute you, Wide Stance Guy. You are pushing the limits of acceptable leg spreading in society. You're shaking things up. You are large. You contain multitudes. 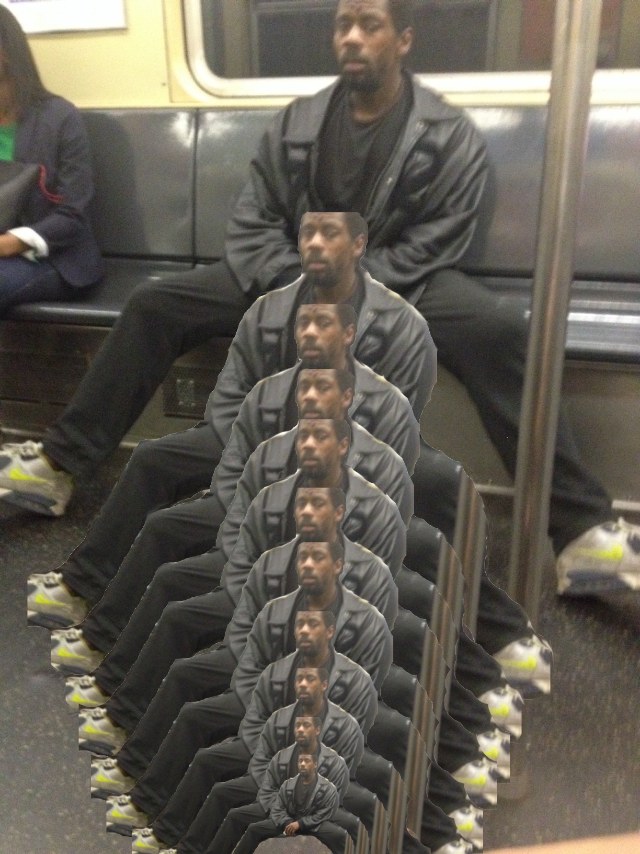 #man sitting
#MTA
#sitting
#subway
#subway etiquette
#train
#wide stance
#original
Do you know the scoop? Comment below or Send us a Tip