A new harbor seal pup was born at the New York Aquarium in May, and he's finally ready for his close up. 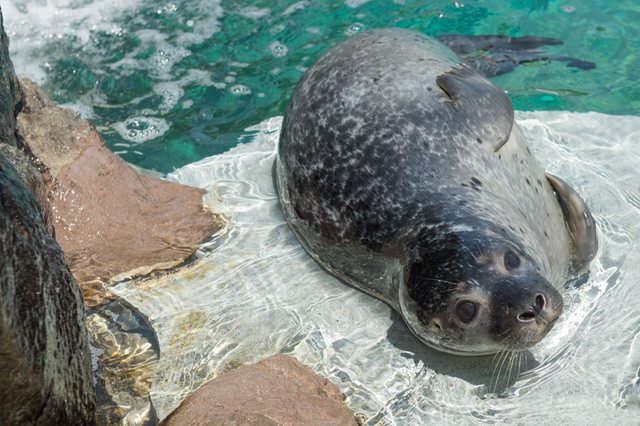 The unnamed (for now! One day he will have a name, an identity, an NSA tracking device embedded into his rounded little body)... is only the second harbor seal born at the aquarium in the past 15 years. Currently weighing around 22 pounds, Harbor Seal X could weigh up to 250 one day!

But will he stay, or will everyone hate him? “He has already made an impression on visitors and staff,” said Jon Forrest Dohlin, Director of the New York Aquarium, adding that “he is a delightful addition to the aquarium and a treat to everyone who comes through." Phew.

Harbor Seal X will join three other harbor seals at the aquarium, who live alongside penguins, sea otters, sea lions and walruses.

#harbor seal
#harbor seal pup
#new york aquarium
#seal
Do you know the scoop? Comment below or Send us a Tip