When he's not inspiring his followers to new and ever-more depraved acts of violence and intolerance, Donald Trump is busy inspiring new and profound works of art. Street artist Hanksy hasn't been shy about his feelings for Trump and his bigoted campaign, and he returns this week with a monument to the man's inner spirit that is sure to stand the test of time.

The mural is located on Orchard Street on the Lower East Side. Here's the artist's own musings on his muse:

okay. so I started with the fact that Trump kinda rhymes with dump. but I think I'm just gonna paint him as a giant pile of shit.

Truly uncanny. This is like when the Medicis commissioned family portraits, only with more poop. Just try and tell the art from the subject. Just try. 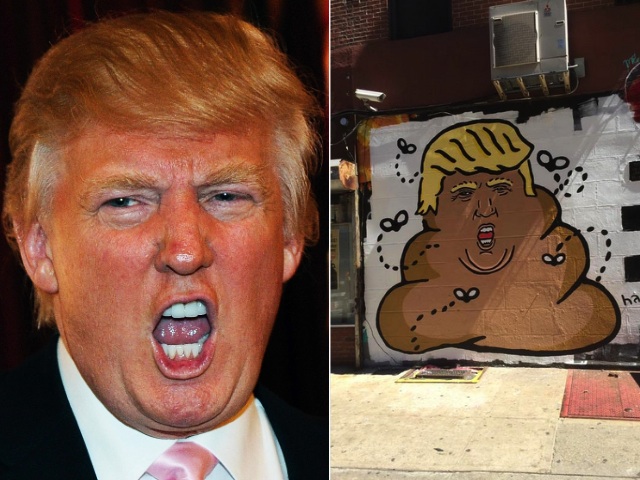 If you think telling those apart was hard enough, then you're in for a really tough challenge tonight when giant pile of poop Donald Trump is interviewed by human shitstain Sarah Palin in a battle royale over who can say "LAMESTREAM MEDIA" more.

#donald trump
#hanksy
#shit
Do you know the scoop? Comment below or Send us a Tip