Permanent Records Will Reopen In The South Slope 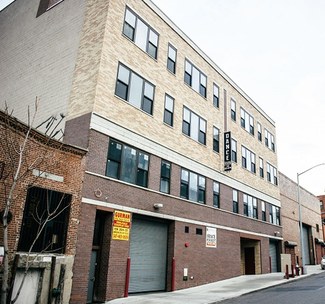 The new building they'll be housed in. (Courtesy BrooklynWorks 159)

Last night Permanent Records announced via a small note on their website that they have found a new location, after losing the lease on their longtime Greenpoint storefront. Their new shop will be located at 159 20th Street in South Slope, as part of BrooklynWorks at 159, a coworking space.

Manager Matthew Milligan told us this morning that they'll be the only retailer in the building, and "people can expect us to have our own hours and our own dedicated space inside. It's a little hard to describe and a bit unconventional, but we're confident people won't be disappointed." Indeed, we are talking about one of the best record stores in NYC, so we're confident they'll make this work.

Milligan added that they will also "expand on our mail order business for our Greenpoint friends who can't make the trek (and anyone else who likes records delivered by mail)." Beyond that, things will likely stay the same—"We're hoping the same qualities that brought people out to our Greenpoint location will also bring them our new South Slope home," Milligan told us.

As for an opening date, they're shooting for October 1st, and prior to that it will be business as usual at 181 Franklin Street until about September 15th.

#brooklyn
#permanent records
#Record Stores
#south slope
#original
Do you know the scoop? Comment below or Send us a Tip
A new Gothamist is coming! We’ve moved comments over to our beta site. Click here to join the conversation and get a preview of our new website.