Pencil This In: 4th of July Weekend Edition

COMEDY: Nothing says America like free cookies, condoms and lube -- all of which will be free tonight at Family Hour with Auntie Sara. The Patriotic Family Values edition of her comedy show will welcome Jamie Kilstein, Anne Neczypor, Diana Saez, Kambri Crews, Hilary Schwartz and Mike Drucker. The show is free, but like so many other things in America it's still gonna cost ya. Be prepared to buy one drink and one item off the menu to earn your seat.

THEATER: A solo show now running at the SoHo Playhouse is called Life in a Marital Institution, and it’s hard to tell if that title portends an evening of laughs or groans. Can someone go check it out and report back? We’re leaning toward funny because the reviews have been pretty positive; Times critic Neil Genzingler reports “laughing too hard.” The hour-long monologue takes an absurd look at writer/performer James Braly’s two decades of monogamy; sample a video preview here. – John Del Signore 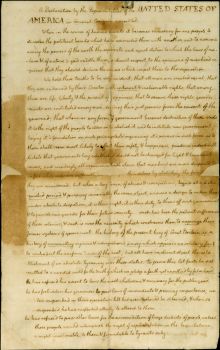 HISTORY: See a part of history this Friday as the Declaration of Independence is on view at The New York Public Library. Doors will remain open for a special viewing of "one of the nation’s great historical treasures, an annotated copy of the Declaration of Independence in Thomas Jefferson’s hand." Jefferson underlined a number of passages in this copy, showing which of his points were stricken from the final document by
Congress.

EVENT:Rooftop Films and Solar One Present Unamerican Films and Live Music. As you might gather, there will be "free Drinks, live music, a fantastic fireworks view and explosive political films. A mix of the wacky and the weighty in contemporary America." The music will be provided by Titus Andronicus, Frances, and Aleks and the Drummer. There's an open bar from 5 to 7 p.m. and after the fireworks settle down for some short films.

PARTY: Union Hall & La Cense Beef (grass fed!) presents a 4th of July BBQ with a delicious soundtrack to go along with it. The Sweet Divines and Brownbird Rudy Relic create the lineup for the night; the former bring Southern soul while the latter serve up acoustic blues with an edge.

MUSIC:Mr. Brownstone returns to the stage before the real deal does this Friday night...and "the World's Premier GNR Tribute Band Promises Shock n' Awesome" as usual. Sean Greenhalgh does Axl better than Axl, so if you're a fan (and even if you're not) there's nowhere else to be on the 4th. They warn "its whiskey-soaked antics on our Nation's 232nd birthday. To celebrate, the band has promised to play for 232 minutes and drink 232 ounces of Jack Daniels. However, it is a well known fact that the band's promises are about as likely to see the light of day as Chinese Democracy." That Jack Daniels part will likely go down, however.

EVENT: The AfroPunk Festival kicks off tomorrow and runs through the 13th. Check the website for the complete schedule; the series includes some New York premieres, rare screenings of classics, live concerts, a skate park, an Afro-Punk Block Party, with DIY vendors and plenty of special guests.

NOTE: Full weekend To-Do list after the jump! And if you want to hit the air conditioned theaters, here's our Weekend Movie Forecast. More on where to get your BBQ and see the fireworks coming up later.

MUSIC: If you missed out on Sonic Youth on the 4th, catch Thurston Moore at the intimate club Rehab on the 5th. He'll be joined by Gene Moore Duo and Metal Mountains (PG6 & Helen Rush). 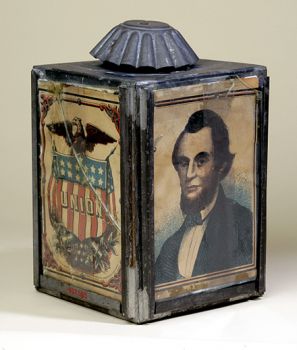 EXHIBIT: Seems like just about every space in town is being filled up with historical political campaign pieces. The MCNY has one, and the NY Historical Society now has their own display of buttons and banners. Peruse their Game of American Politics exhibit as it opens this weekend.

THEATER: The Flat Earth: WheredaFFFhuck Did New York Go? ends Saturday, and you wouldn’t want to miss a show with a fffhucking title like that, would you? Annie Lanzillotto’s play kicks off the 17th annual Dixon Place HOT! festival, which celebrates queer culture and experimental theater. "Flat Earth" chronicles Lanzillotto’s post-gentrification search for Manhattan’s literal and metaphorical schist, the bedrock that makes it possible to build skyscrapers. Martin Denton calls it “a happening; we don't get enough of those in the theatre nowadays. This show will remind you why, perhaps, we should.” – John Del Signore

MUSIC: The legendary Afrika Bambaataa will be at SummerStage this Sunday for a free afternoon of tunes, spanning the sonic spectrum. He'll be joined by Seun Kuti and Egypt 80 who will bring the fun, soul and percussion.

Meanwhile, over in Brooklyn the pool will be hosting another free Sunday Pool Party. This one features Ronnie Spector and The Rabbit Factory Soul Revue, and of course the Slip n' Slide, dodgeball games and everything else you've come to love about that empty cement pool.

#events
#pencil this in
Do you know the scoop? Comment below or Send us a Tip
A new Gothamist is coming! We’ve moved comments over to our beta site. Click here to join the conversation and get a preview of our new website.