Recently Tom Hanks got a lot of attention for manspreading on the subway, an etiquette epidemic that has now crossed over from commoner to celebrity. We've now grown to expect this type of behavior from friendly neighborhood bros and blockbuster movie stars... but ET TU, PAUL GIAMATTI?

The art house actor brought a sophisticated spread to the uptown 4 train this morning, which a tipster tells us was "fairly full, with people having to stand. He manspread the entire time and took up most of the bench." As you can see, there was barely even room for his miniature alter ego: 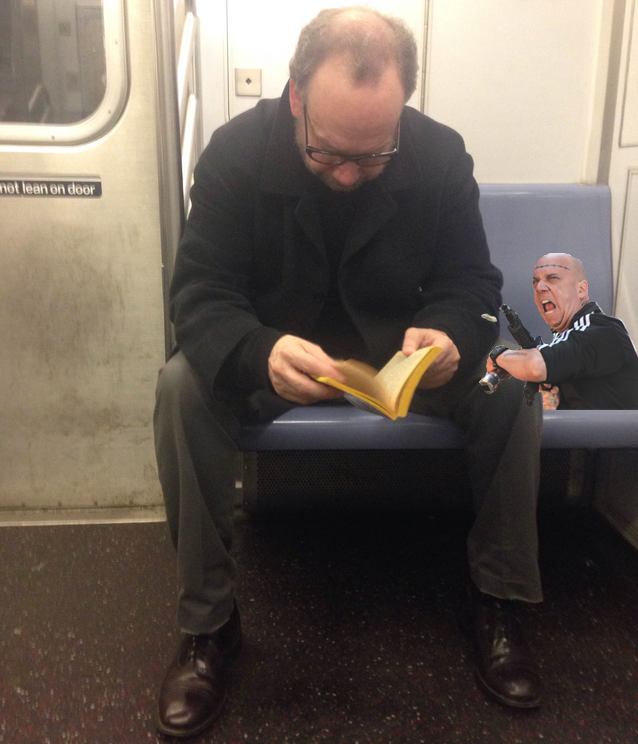 Maybe his book was too engrossing. Maybe he's gone method for the role of a lifetime: Tom Hanks Rides The Subway. Or maybe Paul Giamatti just isn't the man we thought he was. We'll never know. But someone please put this on @hotdudesreading.

#manspreading
#paul giamatti
#subway etiquette
#original
Do you know the scoop? Comment below or Send us a Tip