Who will fill Regis Philbin's chair when he leaves Live! With Regis and Kelly? Plenty are tossing their name in the ring, and NY1's Pat Kiernan is one of them. Upon Regis's announcement that he would be leaving the show, HuffPo called Kiernan a "dark horse contender" to take his spot, and now the NY1 anchor tells NY Mag about his advantage over the competition, saying if the powers that be "turn off their cable box and turn it back on, it comes to NY1... if they do that in the morning, there I am. I need to sneak into the Time ­Warner Cable offices and find out if Kelly Ripa has [NY1]. If so, I hope she's a fan."

This morning Kiernan stressed to us that he loved his NY1 job (he explained to NY Mag, "I ran into some guy in a Borders recently who said, 'Pat Kiernan! I grew up watching you!' I thought: Oh my God! There's a generation that has grown up watching me? It might be time to explore new ­opportunities.") We also asked Kiernan a couple of questions of our own, like what Canadianisms would he introduce the Live! audience to. He told us, "I have always wanted to expand the use of the word 'keen' in the U.S. As in 'I'm sure keen on Justin Bieber.' I learned years after I moved here that Americans don't use 'keen' very often." (Do you not see why everyone loves this man?) For the record, he would also replace "knit cap" with "touque." And as for matching Regis's Halloween costumes, the anchor sent along the below photo from Halloween 2010 at NY1: 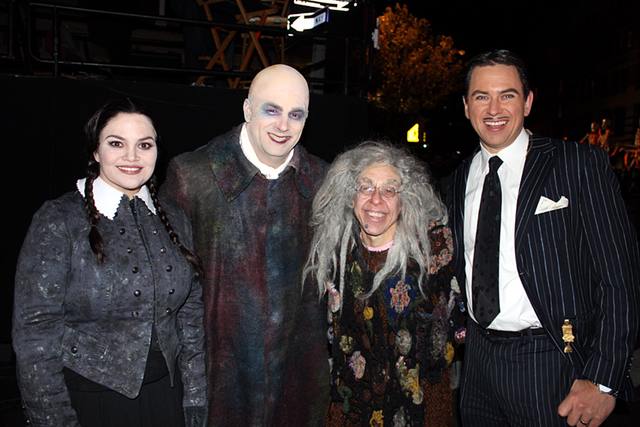 Now, we've gotta work on at least getting Live! to let Kiernan showcase his skills as a guest host on the show (he can teach America how to uncork wine with a shoe!)... and hope that when he lands the job he will still have time for our annual poutine dinners.

#live with regis and kelly
#ny1
#pat kiernan
#regis
#television
Do you know the scoop? Comment below or Send us a Tip