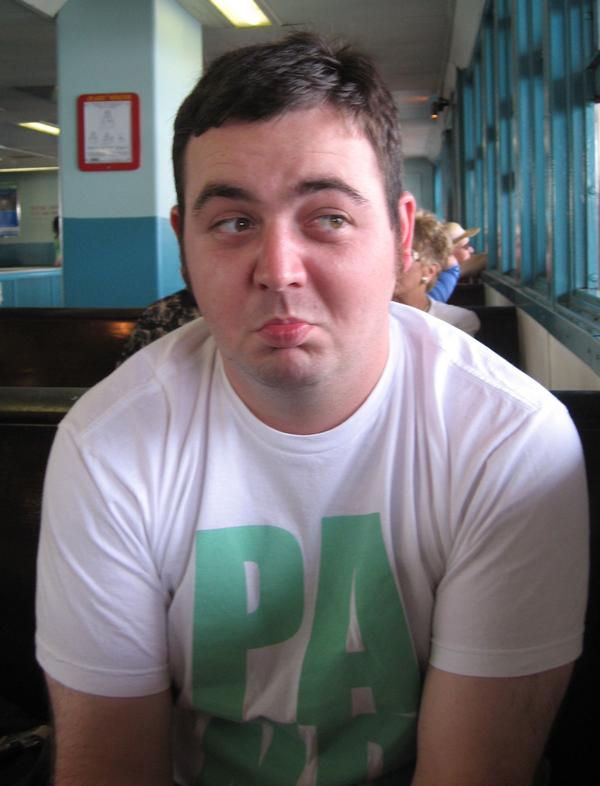 Not too long ago there was a heated debate over the upcoming Rock the Harbor festival, making it the city's most controversial festival to date! The only source of conflict was geographic location...the fest will take place on Staten Island this coming Saturday. For those who can get over the stigma attached to the borough, you're in for a treat. Pat Duffy, who also runs the blog Pop Tarts Suck Toasted, has helped organize a full day of sonic splendor from our SI band brethren -- and it's all taking place at the Snug Harbor Cultural Center. More details on the event can be found here, and if you buy your tickets before Saturday you'll save 5 bucks (bring the kids for free!).

How did the Rock the Harbor event come about? Basically a couple of hard working individuals; The Neptune Group and Ben Johnson of the Staten Island Advance in particular, got the idea together to put on an all Staten Island festival featuring the best of the bands we have to offer. I jumped on board to help promote the show outside of Staten Island, we got all of our bands together for the event, and we found ourselves the best location in Staten Island to host it. So it is simply the culmination of a few determined individuals and a slew of really talented bands.

Can you tell us a little bit about what we can expect from the festival? Aside from Across the Narrows nothing like this has ever been tried in Staten Island so we really have no idea what to expect from the event. What we do know is that we have a ton of bands that should impress even the most cynical of cynics, we have a beautiful venue to host the event, and the weather report looks good for Saturday (though I definitely don't wanna jinx that) so we should have the makings of a tremendous event on our hands! We all really believe that there has never been a better reason to come and check out Staten Island and we're hoping a lot of people realize that and make the trip over.

Is this something you see growing each year? In the original planning of the event this year there was talk of inviting some of the bigger indie bands out to try and draw people in, but it was decided that it would be best to just showcase the best that Staten Island has to offer. But I see no reason that would couldn't blend the musical resources of the entire city into a huge event here in Staten Island, but if we were looking to keep it solely to local Staten Island bands we might run into a bit of trouble in growing the event. Basically, we need to find some sort of balance and since we're so confident in the music being put out here in Staten Island I see no problem in blending the local scene with bigger bands and growing this thing as we go along.

Has the Staten Island music scene been growing; does it differ from the scene in Manhattan or Brooklyn? The Staten Island music scene is booming like hasn't ever before. We've got successful musicians like Ingrid Michaelson and The Budos Band, we've got some more mainstream rock acts like Kevin Devine and Seymour Glass, and we have some really great up-and-coming acts that have started hitting the city like The Rabbits, The Delay, Canopy, and The Heavenly Tenants. The one visible difference I can see between us and the more famous boroughs is that we're really insulated out here. Everyone in all the bands knows each other, most practice and play in the same places week after week, and almost all of them support each to no end. It's a fun scene to be involved in and to watch because for the most part we're all friends that love music.

What SI bands should people be on the lookout for? Well your readers should already know about Wu-Tang, Ingrid Michaelson, and The Budos Band so I'd point your attention to The Heavenly tenants an awesome indie pop band, The Rabbits a little more psychadelic, Captain Ahab and the Sea Crackens a true surf rock band, The Great Unwashed, and Canopy, all excellent bands that play throughout New York not just in Staten Island. Also, check out our comedy scene from UCB trained comedians Man Crush!

What do you have to say to all of the SI haters? The garbage dump is closed and MTV's True Life: I'm a Staten Island Girl was a profile piece on a small percentage of our actual population, plus I only pay $900 to rent the entire first floor of a house with a backyard.

Please share your strangest "only in New York," or "only in Staten Island" story. One Friday night I was early to one of the shows at the South Street Seaport, so I was just sitting around killing some time. All of a sudden this little, old blue sedan starts driving onto the pier. People are screaming at the driver, frantically waving their arms, trying anything to get the driver to start. But it's no use, the driver doesn't see them or chooses to ignore them and is on a collision path with the stage. The stage hands, roadies, and techs are all running to get off the stage thinking this maniac is gonna play into them, but he slows to a stop a few feet in front of the stage and pops out of the car. Sure enough it's David Johansen, lead singer of the New York Dolls and proud Staten Island resident. He starts to unload his equipment before someone finally goes up and tells him that he can't park there. Johansen offered a his sincerest apology, got back in the car, and drove off to find some other parking. It was an absolutely hysterical moment and I really wish I had thought to take my camera out while it was happening.

Which New Yorker do you most admire? I'd have to say my high school football coach at Brooklyn Tech, Jim DiBenedetto. Not only was he the head coach but he was also the chorus teacher in our school, absolute proof that the worlds of music and sports could co-exist peacefully and that a tough guy on the field could be well cultured off it.

Given the opportunity, how would you change New York? There's this little known tunnel that extends out from the tip of South Ferry pointing towards Staten Island. It was meant to be a train connecting the Island to Manhattan and I for one would love to see it finished. We could still keep the ferry as a tourist attraction, but it would give us Staten Island residents a much simpler commute. Oh and congestion pricing was an awesome idea.

Under what circumstance have you thought about leaving New York? The thought has crossed my mind, but I've been here for my entire 27-years on this planet so I'd have to say little short of the hand of god could get me to leave New York City and Staten Island specifically.

What's your current soundtrack to the city? God I really don't know how you can ask a music blogger this question you are bound to get a long answer, but to keep it simple anything by The Antlers, The Lisps, The Muggabears, Wakey! Wakey!, Bridges and Powerlines, A Brief Smile, The Rabbits, or The Heavenly Tenants! All represent the five boroughs as well as anyone out there.

Best cheap eat in the city. I'm gonna keep this Staten Island-centric and say my uncle's bar Duffy's. Now I know I may be a bit biased but their bacon cheeseburger may just be the best I've ever had, and make sure you get yourself some Miller High Life on tap to go with it!

Best venue to see music in NY. My favorites are the two biggest free venues in the city, McCarren Park Pool and the South Street Seaport, but as far as true venues go I would have to say Bowery Ballroom is simply the best true music venue in New York. On Staten Island I'd say it's Martini Red but they give me more free booze then anyone to say things like that.