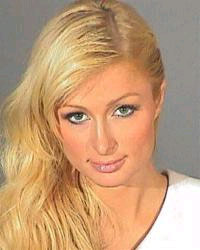 That medical condition Paris Hilton had that led the LA County Sheriff to release her from jail? The Daily News reports that the socialite was worried guards would take a photograph of her using her jail cell bathroom and then put it on the Internet. From a Hilton insider who spoke to the News:

"She didn't eat or drink a single thing for three days because she didn't want to use the toilet. She was in real danger."

Hilton also suffered from "extreme claustrophobia" and began hyperventilating and freaking out.

"She cried the entire time, and that wasn't helping the dehydration," the source said.

Jail medical officials became concerned that severe dehydration and a buildup of waste and toxins in Hilton's body could cause a complete collapse and "even kill her," the source said.

Brilliant or stupid? And couldn't the jail's wardens make sure guards didn't have cell phone cameras? And come on, even though Hilton has shown the world many of her bodily functions, who really wants to see her taking a... okay, nevermind - we forgot that America is sick. Anyway, the sheriff also said that Hilton wasn't taking a certain prescribed medication and intimated it was something that involved psychological issues.

After a judge's demand she return to prison on Friday, the Post reports that the "duck-lipped diva is actually cracking up behind bars" - despite a statement (after the jump) explaining when she wouldn't appeal her jail sentence. She's apparently been "screaming and yelling all day" and "still refuses to get in an orange jumpsuit" while in the medical services wing at the Twin Towers Correctional Facility, according to sources. She will be moved back to the Century Regional Detention Center when her condition has stabilized.

The Reverend Al Sharpton, who is visiting L.A. this weekend, is asking for any "Californians that feel that they have been unfairly treated and not given early release or reassignment" to send their information to his LA headquarters. He told the News he plans on meeting with the sheriff. Welcome to the big time, Sheriff Baca.

"Today, I told my attorneys not to appeal the judge's decision. While I greatly appreciate the Sheriff's concern for my health and welfare, I intend to serve my time at L.A. County Jail.

"Being in jail is by far the hardest thing I have ever done. During the past several days, I have had a lot of time to think and I believe that I am learning and growing from this experience.

"I have also had time to read the mail from my fans. I very much appreciate all of their good wishes and hope they will keep their letters coming.

"Thank you as well to my family who has always stood by me. I love you and miss you so much!

"I must also say that I was shocked to see all of the attention devoted to the amount of time I would spend in jail for what I had done by the media, public and city officials. I would hope going forward that the public and the media will focus on more important things like the men and women serving our country in Iraq and other places around the world."