For the last eight years, Michael Seidenberg has operated a speakeasy bookshop out of a small Upper East Side apartment on 84th Street. A community of students, authors, and literary cognoscenti regularly gathers at Brazenhead Books to browse the floor-to-ceiling shelves, drink whiskey and shoot the shit with the gregarious, pipe-smoking proprietor. In July, Brazenhead will vacate the premises, having lost its long-term lease. As this incarnation of the bookstore winds down, we asked Seidenberg what the future holds.

What’s going to happen to Brazenhead once your lease is up?
I’m going to go somewhere else. I think this place is perfect and people fall in love with it, but—not to blow my own horn, but it's just me. I'll do it again.

Have you found a new location yet?
No. I think everyone assumes I have it figured out because I smile a lot, but they’re mistaking my relaxed attitude for a solution. A guy offered me a space in this bizarre mansion on Sundays but then I’d have to move my stuff in and out, which is too much work. And this other guy wanted me to do it out of his apartment but he wanted to sell snacks and drinks, and then it becomes something different. I am listening to every single offer because I don’t know what I want, but I know what I don’t want. I’m very picky.

Will the next location be as difficult to access as this one was?
I hope so. I'm off the grid and that’s where I like to do things. I don’t like all the rules of the regular world. It becomes all about money if you go a more traditional route. I luckily have enough money that I only need to make very little. So if I have a customer that picks up a $20 book and I know he’s a writer, the book is going to be $10.

So this shop is really not a commercial business.
Yes, it would be very fair to say that. None of my bookshops were. I have three or four customers who are not into books, they just like coming here once in a while. One girl comes once a month from Brooklyn just to smoke pot. But I love that. To me, it's a compliment above and beyond what I do with the books that I've created a zone where people can be themselves. 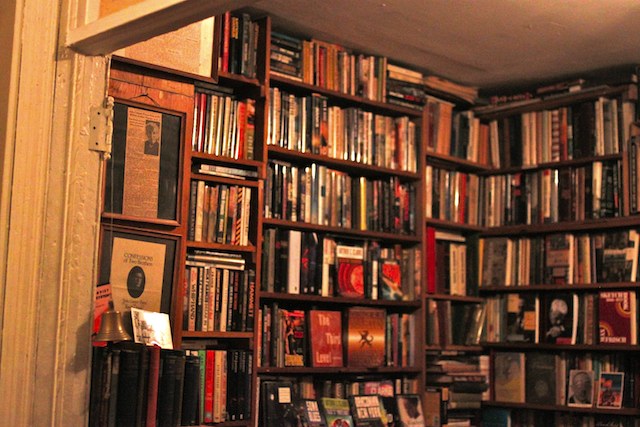 You have salons and readings three nights a week. Do you make any money at those?
I enjoy them and they really do seem to be the soul of the place. But they have nothing to do with books really, certainly nothing to do with the selling of books. We could have salons here for hours and hours with no books sold. I call it a salon but I could just as easily call it a saloon. Everybody's just socializing, it’s nice. Sometimes people bring instruments and jam in the back room.

How did the salons come about?
In the beginning the store was by appointment only, and I had a bunch of people here at the same time for appointments. And I saw the way they interacted with each other and I loved it. People have met here and gotten married. It’s a thousand times better than a bar, especially if you’re a bookish person. It’s one conversation after another. It’s paradise. So it was a combination of that, and also students saying I’ll see you in a few months when I have more money.

I realized they’re feeling like they have to buy books to come here, and I didn’t want that. I learned so much from weird old guys in bookshops when I was young and now I am the weird old guy. I wanted them to feel like they could just come in and hang out.

Do any of those evenings really stick out in your mind?
There was an interesting afternoon last week when Jonathan [Lethem] brought Geoff Dyer over. Jonathan is obsessed with Don DeLillo’s fake hockey biography. It’s called Amazons and it’s written by the first female hockey player, Cleo Birdwell, but it’s actually DeLillo. They were pulling out copies and Jonathan said let me read some to you. But there was a young woman here who had actually been a hockey player, so we decided that she should read.

Now, the book is essentially just descriptions of this female player having sex with every other member of the team, but it’s very strange DeLillo sex. So the three of us sat there in little stools and listened to her read weird hockey sex scenes. It was kind of a nice moment. 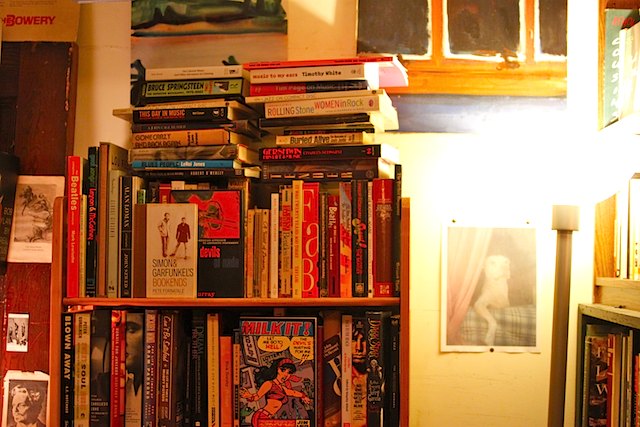 You and Jonathan have a history right? How did you meet?
We first met a very long time ago when he was 15. I was 25 and he came into my bookshop in Brooklyn, which was right around the corner from where he lived. He kept asking me for a job but, you know, I couldn’t even pay myself. But he kept coming and he kept coming, and then he said the magic words: you can pay me in books. So he started working there and became a part of the life of the shop. And when I first got this place set up, he did all the promoting for the first year.

He also wrote about the apartment in Chronic City.
Right. When that came out, he told me the publishers are going to want to do a cross promotion with you because the character lives here. And I said no because he's just too popular. It would be too much attention to keep this place the way it is. What I like is the sense of community. If you're just coming and getting a book and I'm never going to see you again—I mean, I don't want to spend all my time doing that.

Is that why you don’t do a lot of press?
That and also when I lost my lease I thought it would be projected as another negative New York story. “Oh, we’re losing one more.” And I thought, seriously? I did this for eight years, and the minute I have a problem hundreds of people are contacting me that I don’t know? When I lost my lease I had dozens of lawyers calling to help. That’s a good story, that’s not a bad story. I feel the love. And I love the people that come here, I really do. I hope I find another spot so we can all still hang out and do what we do. 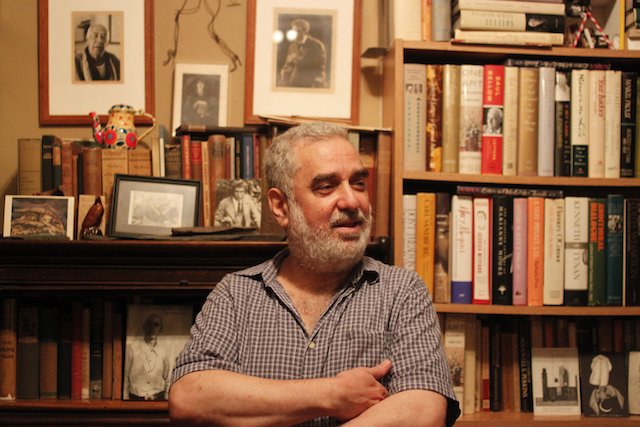 #bookstores
#brazenhead books
#Michael Seidenberg
#upper east side
#longform
#original
Do you know the scoop? Comment below or Send us a Tip