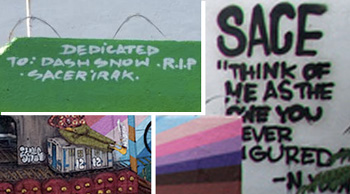 Yesterday word went around that there was some unwanted tagging going on the Os Gemeos work-in-progress mural on Houston Street. It didn't take long for the brothers to cover it up with a dedication to their old friend Dash Snow (an old photo of the three after the jump). There are actually two dedications to the late artist (who also was known as Sace in his tagging years), and one to Iz the Wiz (you can see his tag on the subway car in the mural). And with that, the mural is finally complete! 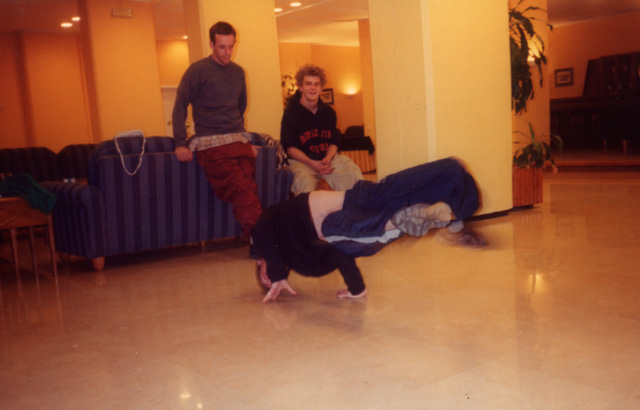 #Complete
#dash snow
#dedication
#houston street
#mural
#os gemeos
#sace
Do you know the scoop? Comment below or Send us a Tip