John Berry, an original member the Beastie Boys, died Thursday morning at a hospice in Massachusetts, his father confirmed with Rolling Stone. He was 52 years old, and had been suffering from frontal lobe dementia, a rare form of dementia that occurs when the frontal lobes of the brain begin to atrophy. His condition had reportedly deteriorated in recent months.

The origin story of the Beastie Boys starts around 1978, when Michael Diamond, Jeremy Shatan, Kate Schellenbach, and John Berry started a hardcore punk band called The Young Aborigines. By 1981, Shatan left, Adam Yauch joined, and they became the Beastie Boys—a name that Berry is credited as coming up with. 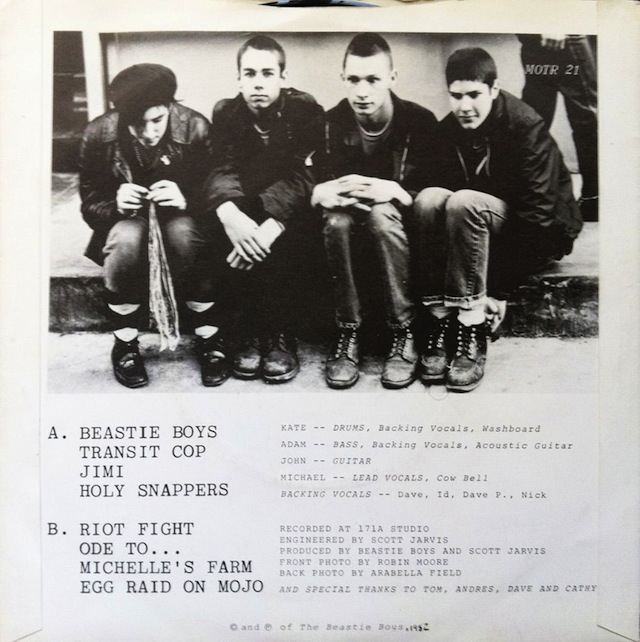 In '82 the band released their first EP, Polly Wog Stew (recorded at the 171A studios), but shortly after, Berry left. This was just before the band released their 12-inch Cookie Puss and, in 1985, they would go on tour with Madonna and release their debut album License to Ill. Berry was replaced with Horovitz, Schellenbach had also left by this time, and the trio became the Beastie Boys you know today. They would always credit Berry, however, as being a part of it.

In 2012, the Beastie Boys were inducted into the Rock and Roll Hall of Fame, where Horovitz read a speech by the late Adam Yauch. "To John Berry," Horovitz read, "[and] to John Berry's loft on 100th and Broadway, where John's dad would bust in during our first practices screaming, 'Would you turn that fucking shit off already!'"

Update: Mike D has posted this message on Facebook:

John was like my first high school older brother. He was a grade older than me and was my first teacher of all things punk. When I would be unsure about sneaking out of the house to go to a Bad Brains or Gang Of Four show, he would just give me this look and say "c'mon" and I was in. He showed me what a lack of fear and some reckless abandon could look like. I will forever owe him that debt of punk inspiration. He may have quickly become disinterested when the band became more involved in hip-hop — which is why he soon left, but he always followed his own intuitive lead. - Mike