Opinionist: The Sound and the Fury (April Seventh, 1928) 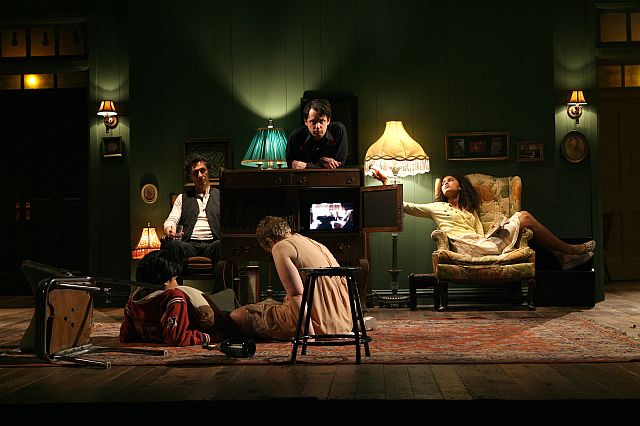 Elevator Repair Service [ERS] is rightly regarded as one of New York’s most innovative theater companies. Led by Artistic Director John Collins, who moonlights as a sound designer for The Wooster Group, the ensemble creates irreverent, idiosyncratic performances that wrest free from the straightjacket of naturalism with an absurd humor and colorful physicality.

Their 2006 "workshop" production of Gatz was a high-water mark – performed over the course of seven hours with a break for dinner, the group recreated F. Scott Fitzgerald’s masterpiece word-for-word, with Scott Shepherd playing a contemporary working stiff who gets so caught up reading the novel at work that he begins to see his dreary colleagues as the East Egg elite. 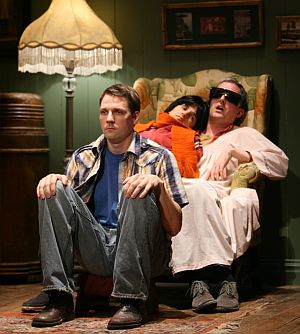 Gatz was as ambitious as it was transporting, and now ERS has taken a similar approach with their big Off Broadway debut at New York Theater Workshop. This time the source material is William Faulkner’s The Sound and the Fury – or, more specifically, the first chapter, which the troupe once again devours verbatim. But for various reasons, the overall effect is less enthralling than Gatz, though not without many arresting moments.

The set is richly designed and warmly lit, a meticulous rendering of the interior of the Compson family’s Mississippi home, which the brilliant ensemble perpetually transforms it from a parlor to a golf course to a stable to a tree simply through their imaginative intelligence. But the text, a stream of consciousness narrative from the perspective of the family’s mentally handicapped mute, is daunting, and the two and a half hour long piece remains largely hermetic.

While some of the evening works as a sort of performance poem, the insistence on speaking every ‘he said’ and ‘she said’ comes off as a repetitive affectation. It could be that Fitzgerald’s exquisite narrative provided just the right runway for the company’s delirious flights of fancy in Gatz, while in this case Faulkner’s difficult prose obscures their take off. On the other hand, my companion was swept away, and if you haven’t seen ERS before, it’s definitely worth your time, at the very least to discover their admirably adventurous aesthetic.

The Sound and the Fury (April Seventh, 1928) continues through May 18th at New York Theater Workshop. Tickets cost $65.

#elevator repair service
#ers
#Faulkner
#nytw
#play
#review
#Sound and the Fury
#theater
Do you know the scoop? Comment below or Send us a Tip