Opinionist: Best of a Year in Theater 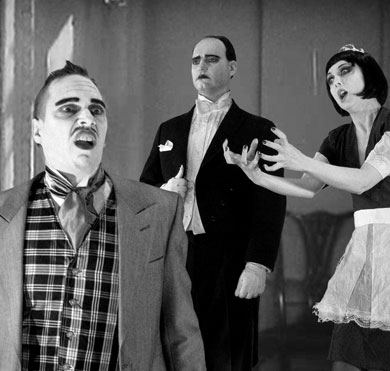 I’ve been covering theater on Gothamist for exactly one year now, so I thought it might be worthwhile to gaze wistfully back at all the theatrical peaks and valleys and call attention to some of the more noteworthy summits. (Okay, maybe one bleak valley deserves special mention.) And since I’m on vacation until the end of the month, what better time to bust out the internet equivalent of a sitcom clips show? I hasten to disclaim that although the word “Best” is bandied about a lot below, it should really be read (in a mock-stentorian McSweeney’s voice) as “Best of Several Other Bests and for Myriad Highly Subjective Reasons (and Also Kindly Keeping in Mind I Am Selecting Only From the Shows I Saw.)”

And the envelope please…

Best Drama:Iphigenia 2.0
This probably seems out of place here since Charles Mee’s play is part of the new fall theater season, but as noted above I’m drawing from my year covering theater for Gothamist, where “we” have an orbit all our own. Anyway, I saw no other drama this past year that matches the nuanced potency coiled in Mee’s mash-up of ancient Greek tragedy and contemporary American catastrophe. And unlike the other "bests" listed below, it’s not too late to see this one – for just 20 bones! (Review, Tickets)

Best Comedy:The Receipt
This British import came stateside as part of the Brits Off-Broadway festival. And it was pretty brilliant, mate – a wickedly smart and well-executed farce about a future archeologist’s analysis of one contemporary Londoner’s strange, quixotic quest to find the “owner” of a receipt that he picks up on the street. With just a few filing cabinets and other sound effects created live on stage, the two performers, Will Adamsdale and Chris Branch, conjured up an entire city of harried, uptight Anglos. These two share the chemistry and pin-point specificity that is the hallmark of great satire. But beyond stellar comedy, the play resonated with a great sense of humanity in its depiction of metropolitan isolation. (Review)

(More after the jump)

Best Musical: The Curse of the Mystic Renaldo The
This surprising, zany romp went down way downtown at 3LD; it was the perfectly executed late-night extravaganza that other half-assed, campy navel-gazers imagine themselves to be. The rollicking music was brought by the pumping rock band Psycho the Clown, which is fronted by the play’s star and creator, Aldo Perez. These instantly catchy tunes (replete with Perez’s virtuoso nose flute) provided the perfect spine for the evening’s surreally crooked ribs. (Review)

Best New Playwright: Adam Bock
New to me, anyway. His OBIE-winning play The Thugs, set in a hyper-realistic office of disgruntled paralegals, zig-zagged merrily between pitch-perfect behavioral humor and a vague, metastasizing menace that swelled as employees in the building began prematurely (and suspiciously) clocking out of life. To paraphrase one reviewer: “The point of The Thugs is not so much to figure out whodunnit but to enjoy the glee with which bored-to-death temps savor the possibility of murder.” (It may seem rash to declare Bock "best new playwright" having seen just one of his plays, but take a look at the list of shows I covered and get back to me if I robbed anyone.) This was a hilarious, exciting production and I'm looking forward to his play The Receptionist in October at Manhattan Theater Club. (Review.)

Best Solo Show: The Fever
Wallace Shawn’s evisceration of liberal bourgeois complacency was absolutely riveting. Commanding the stage with just his voice, wits and unflinching vision, he proceeded to turn himself and his privileged New York lifestyle inside-out for all to see the hypocrisies glittering therein. It’s been over a decade now since Shawn’s last new play, The Designated Mourner, his masterpiece, appeared. I’m just about ready to start picketing outside his house for a new one. Who’s with me? (Review)

Best Set Design: Richard Foreman, Wake Up Mr. Sleepy! Your Unconscious Mind Is Dead!
For me, one of the great delights of this city is the annual mind-altering tour through Foremanland. His stage of art-objects is densely decorated with an avalanche of icons, hieroglyphs, totems and detritus of a culture collapsing in on itself, as filtered through his keen old eyes. (A newish addition is found in the large video screens, which open up another dimension into his visual delirium.) Since Foreman has total control over all minutiae in the space, and all the objects and costumes are in use from day 1 of rehearsal, the set crackles with a palpable intensity from the first moment you enter the little theater – an intensity that, in this case, didn’t exactly abate once the play began. (Review)

Best Sound Design: Nathan Leigh, The Eaten Heart. This intriguing play by The Debate Society was a cornucopia of vivid acting and inspired staging. The atmosphere created by all the different elements became simply overpowering by the end; Leigh’s crisp, rich sound design, evoking the myriad ambient sounds of a cheap motel, was indispensable. (Review)

Best Light Design: Tyler Micoleau, Hell House
Micoleau overcame some hellish challenges lighting this ebullient homage to the Evangelical haunted house: multiple stages, few places to hang lights, a roaming crowd, multiple vantage points, and – with multiple tours running at once – a harrowing number of overlapping cues to plan for. Indeed, he deserves the praise simply for making it all work without (presumably) going mad. But Micoleau went above and beyond. The overall effect for me was that of disappearing into a graphic novel; the lighting had a cartoonish, bubble-gum quality that made it feel okay to witness the more in-your-face graphic material (like a ghastly abortion from the point of view of the fetus!) And I’ll not soon forget the startling white light that bathed the room at the end, where we prayed with Christ before enjoying punch and snacks in St. Ann’s “basement.” In that light, it wasn't just Jesus who looked way cool. (Review)

Best Waste of Time, Money and Talent: Howard Katz
Take fascinating actor Alfred Molina, the playwright who wrote Closer, an otherwise capable cast, a truckload of money and what do you get? According to one audience member at Roundabout Theatre’s rendering of Howard Katz, “a tour de force!” Read my decidedly contrary opinion; in the process of instantly forgetting that debacle, I’d also forgotten how scathing (but fair) my review was.

Best Venue: St. Ann’s Warehouse
Check out my idea of a night that makes this dirty town’s rent-extortion seem worth it: Cycle over the Manhattan Bridge to DUMBO, get pizza at Grimaldi’s, a cone at Brooklyn Ice Cream Factory (while marveling at the Manhattan skyline), grab chocolates from Jacques Torres (for later!) and then sip a Brooklyn Lager in the airy lobby of St. Ann’s Warehouse while boring my companion by pointing out the posters for all the shows I’ve seen there. Finally the curtains are parted and we step into the voluminous performance space to see what surprises await this time. Sometimes life fails to be horrific in such a spectacular way that you feel a little guilty talking about it.

(Photo of The Curse of the Mystic Renaldo The)