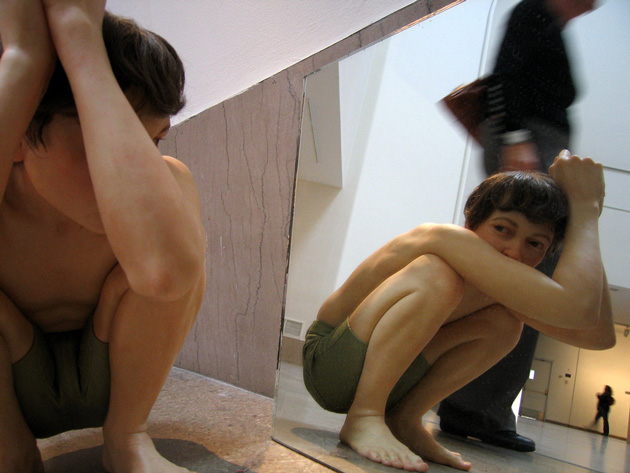 The Brooklyn Museum housed a Ron Mueck exhibit that we pointed out last year and CubeMe just reported on. The exhibition, now closed, included "about 15 mixed media works on loan from the artist’s collection, major museums, and private collections..that explore the ambiguous relationship between reality and artifice, creating figures that express the contradictions between the real world and the imaginary. The figures seem to be alive: every detail - veins, wrinkles, moles, body hair, rashes - is crafted to such perfection that the result is remarkably convincing and deeply troubling."

Speaking of deeply troubling, Damien Hirst's exhibit at the Lever House opened over the weekend (on view until February). School: The Archaeology of Lost Desires, Comprehending Infinity, and the Search for Knowledge is a $10 million show commissioned by Lever House owner and real estate developer Aby Rosen, and it includes 30 dead sheep, a dead shark, 300 sausages, 2 sides of beef, 500 gallons of formaldehyde, and a whole mess of stocked medicine cabinets. The NY Times calls it a "Noah’s Ark of roadkill," and while it may not be for everyone -- in theory it is, with many modern artists getting a nod from Hirst. Perhaps the most noticed will be the Warholian repetition in his rows of dead sheep, pictured below (more photos after the jump). 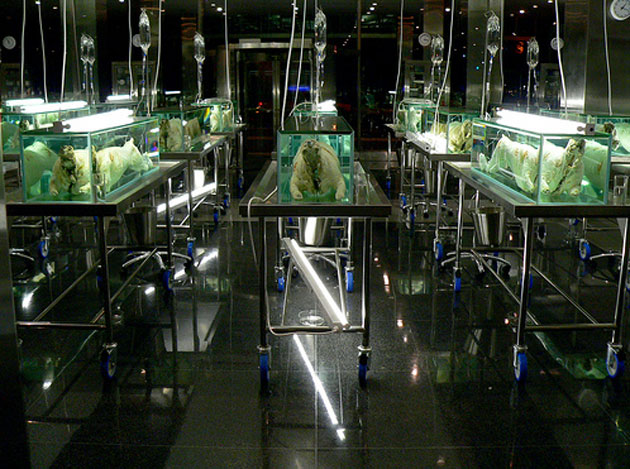 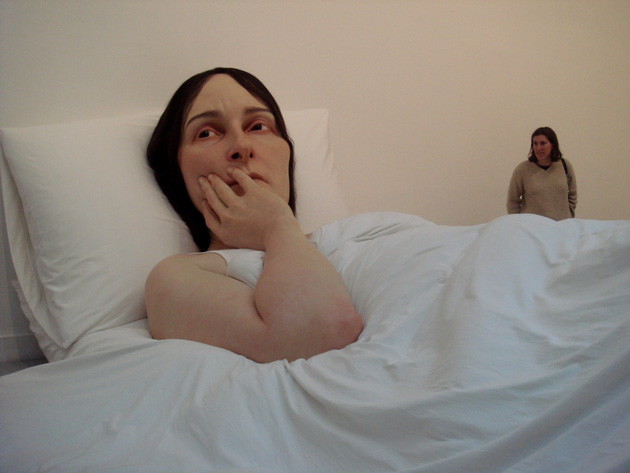 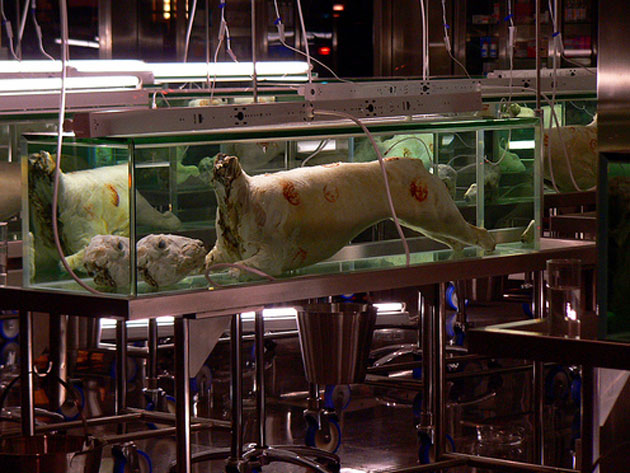