Midtown pocket parks are, as the name suggests, not exactly wide open spaces—they're tucked between buildings, just hidden enough so not everyone knows about them. One of our favorite little Manhattan oases is Greenacre Park, located at 217 East 51st Street between 2nd and 3rd Avenues, where it's thrived ever since 1971. The 60' x 120' park is not only lush green,with bursts of color thanks to some azaleas, but it features a large waterfall—it will immediately take you out of Midtown and drop you into a paradise. But as we know from history and also Joni Mitchell lyrics, developers love to ruin paradise.

According to the NY Times, the little park—brought to you by Abby Rockefeller Mauze (granddaughter of John D. Rockefeller Sr.)—could fall on some dark days. "Rezoning might allow taller buildings that could block its afternoon sun," the paper reported this week. The Greenacre Foundation is attempting to save the light, however, and note that they've done it before.

"In 1980, a planned new building at 805 Third Avenue would have stood three stories higher than permitted and restricted sunlight reaching the park. Under the leadership of Greenacre Foundation — the park’s private developer and owner — park patrons mounted a campaign to curtail the building’s height. And we won." 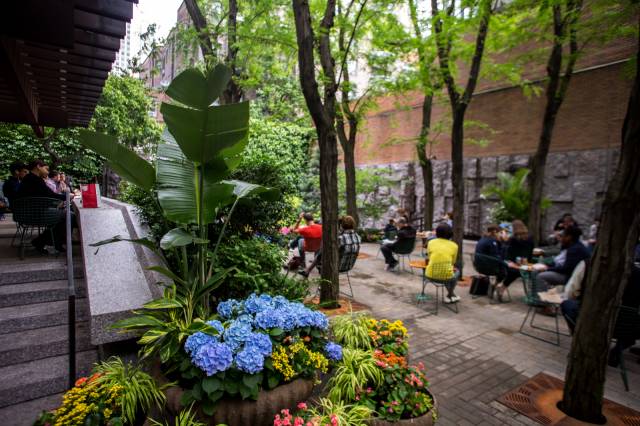 While the city previously did their own shadow study regarding the rezoning, the Foundation didn't buy into their results, and "commissioned its own shadows study," the Times reports. Jacob Dugopolski, with the firm WXY, "found that development on six sites could cast the entire park into shadow." They are asking for height limits at those six sites, but the city's planning committee claims that the building proportions used in the Foundation's study are not those being used in the actual rezoning. Depending on who you believe, this could be the result of the plans:

The “Fight for Light” campaign is backed by the Municipal Art Society, among others, including Manhattan Borough President Gale Brewer. MAS's president, Elizabeth Goldstein, has previously outlined the issues in detail, and made recommendations for going forward (which you can read here), noting that she had "serious concerns about potential shadow impacts on Greenacre Park resulting from the Greater East Midtown Rezoning."

Goldstein told us today, “We have urged the City to look at height, setback, and massing modifications that can reduce or even eliminate shadows on Greenacre Park. This unique civic amenity came into existence through extraordinary circumstances and continues to be stewarded in an extraordinary way by the private Greenacre Foundation. For that resource to be undermined by ever-increasing shadows is a loss to all New Yorkers.” 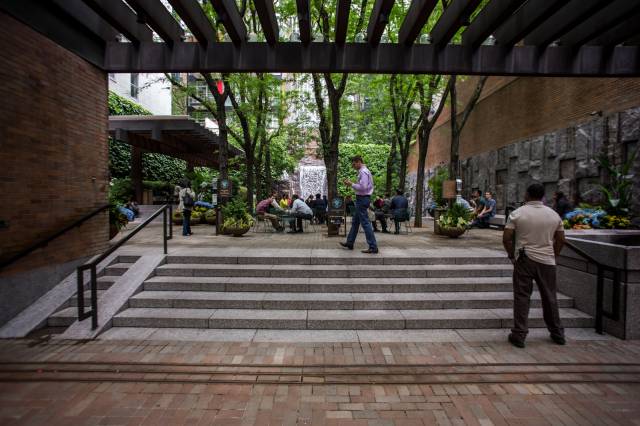 You can show your support for the park by sending a letter to Mayor de Blasio, which you can find here.

#development
#greenacre park
#pocket park
#rezoning
Do you know the scoop? Comment below or Send us a Tip
A new Gothamist is coming! We’ve moved comments over to our beta site. Click here to join the conversation and get a preview of our new website.