OMG: You Can See The World's Smallest Species Of Fox At The Prospect Park Zoo

Here are some fun facts about the foxes:

Like many other fox species, fennec foxes are nocturnal. They are the world’s smallest species of fox, with adults typically weighing less than four pounds and having a body length that ranges from 9 to 16 inches.

Their characteristically large ears can be up to six inches long. In addition to aiding in their ability to hear prey even when it is underground, they use their ears to help regulate body temperature by dispersing heat.

These two foxes, who come via the Bronx Zoo, are in a new exhibit at the Hall of Animals, which is also home to saki and titi monkeys, dwarf mongooses, and a variety of frogs and reptiles. 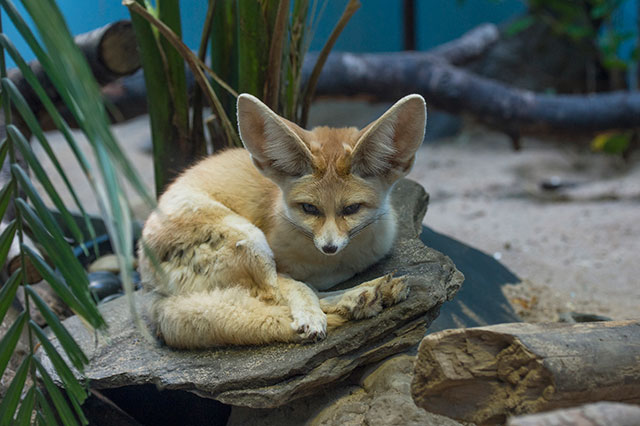 The Prospect Park Zoo is open every day—details here—so head there and let these little fellas judge you with their uncommonly expressive eyes and brows.

#fennec foxes
#prospect park zoo
Do you know the scoop? Comment below or Send us a Tip