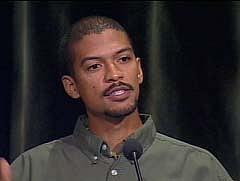 When Omar Freilla founded Green Worker Cooperatives, an incubator for eco-friendly worker coops, he set the initial goal of $700,000. “We weren’t even sure how we were going to raise that much,” he said in a recent telephone call. Almost four years later, the organization has raised well beyond their initial goal, thanks to RSF Social Finance and numerous local churches.

This fall, GWC opens its first coop, a building material reuse center that will be a retail warehouse for surplus and salvaged building materials recovered from construction and demolition jobs - 10,000 tons of such waste ends up in Bronx waste transfer stations each year. We recently asked Freilla more about GWC and the burgeoning green movement.

Was the building boom the impetus for starting the reuse center?
It was more the garbage boom. The two are connected, but the reuse center really has been a result of the city’s existing disposal options. When the decision was made to close Fresh Kills landfill, we started to see lots of private waste transfer stations pop up overnight, many of which were related to construction and demolition debris.

They tend to be concentrated in certain areas.
What you see in the city is that the two neighborhoods that mostly handle construction and demolition debris are Hunts Point and the Greenpoint/Williamsburg area. So we came to the decision of starting with a reuse center as our first coop because we wanted to create an alternative to the waste transfer station.

Did the building boom at all play into that decision?
There’s certainly more waste that happens whenever you have more construction happening because contractors who are buying materials have an overstock and wind up throwing a lot of things out. And more money has gone into renovating existing homes and then there’s the demolition that’s happening in a few places.

What’s happening in the South Bronx?
There isn’t that much demolition that’s happening. Mostly there’s building on empty lots. In Manhattan, lots of buildings that have been rehabbed are being converted into condos so you get lots of waste that happens when places are getting renovated. Things that are perfectly good can wind up being thrown out.

What’s the strangest or most outrageous call you’ve gotten from someone trying to donate?
I got a call once from a woman who lived on the Upper East Side. She had just bought a condo – the building had been converted to condo from regular apartments - and the person who bought the building and renovated it outfitted each unit with all new kitchen appliances. And this woman calls me and asks me whether we’d be willing to take the whole kitchen: the appliances, refrigerator, stove, because she didn’t like the color. It was all great stuff. High-end and new. But it didn’t match the décor she was going for. So I’m sitting there with my jaw on the floor.

What did you tell her?
We were like six to eight months away from opening, so I suggested some other things she could do with it. She was set on getting rid of it. We get calls like that pretty often. That was the craziest one. In terms of the usefulness of what’s already there and of what people are throwing out, it’s ridiculous.

What do you usually suggest?
Build It Green is a reuse store that’s already running in Astoria. We share info pretty regularly. If they ever get more than they can handle, they send stuff to us. I just got a call early last week about a manufacturer who regularly has excess molding for doors and hallways. They were giving them three truckloads, three trailers of molding. They couldn’t take it all, so they said, “You guys got space yet?” That kind of thing happens much more often than anybody realizes.

Who else is thrown out this stuff?
Distributors of building materials order too much and have excess stuff and they don’t know what to do with it. They can’t set it up or sell it and they wind up just throwing it out.

Are you surprised that being green has gone so mainstream?
Eco-chic has boomed, but what’s booming is the consumption. It’s the buying your way into heaven kind of approach. It’s a message that is out there and will continue to grow because it supports the economic system based on consumption. I don’t think that is going to decrease. There will just be more and more people and businesses pitching themselves as clean and green and wanting your money.

What facet of what you’re doing is most exciting?
I’m really excited by the growth of the cooperative movement, which isn’t something that is visible to most people. It isn’t in the mainstream media, but in the past few years there’s been a concerted effort among worker cooperatives around the country to really come together and form national and regional bodies and to network with each other. It’s just been exciting on local level to see increased awareness of cooperatives and the potential to create local green businesses. Just here in South Bronx, even by the fact that we exist.

Do you see yourself and the work you do as Jacobsian?
I never heard this phrase until a month ago. I like to think that she’d be down with what we’re doing. It’s along the same principles of seeing the sources of life and activity as being in the local community. For us, an important principle is that the communities being affected should be the ones driving what change looks.

Which New Yorker do you most admire?
My wife, who's a teacher. She's taught me a lot about democracy.