Okay, THIS Is The New King Of The Fog Photos

Yesterday, after an uplifting day of intoxicating fog photography, we finally got down on one knee and anointed what appeared to be The King of the Fog Photos. But that photograph's royal lineage has been cast into doubt with the emergence of this photo above, taken as The Hand to the True King flew out of NYC yesterday morning. There's something about the photo's noble brow and effortless elegance that has us convinced that this, at last, is the Greatest Fog Photo to claim the throne of 1/15/14. By divine right. BOW DOWN BEFORE THY KING YE ROGUES & RAPSCALLIONS.

But hark, what's this?! The sound off galloping hooves and trumpet flourishes grow louder in the distance! A messenger rides in advance shouting THIS is the new Fog King: 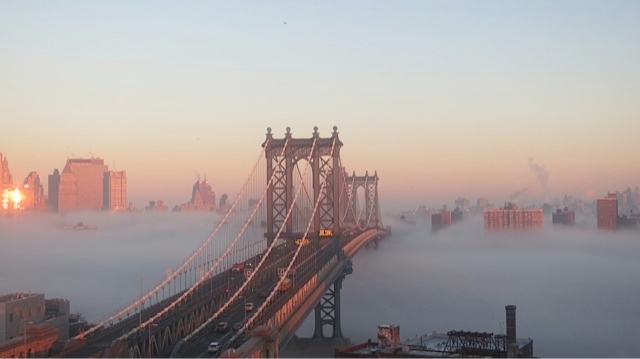 Who is the true heir to the throne? We fear we'll never know until the fog runs red with blood. Send us your blood-soaked fog photos!

#fog
#foggy day
#pretty
#original
Do you know the scoop? Comment below or Send us a Tip