NYC's Superheroes Are Coming To The NY-Historical Society

In an exhibit opening up this October, the NY-Historical Society will shine the bat signal on New York City's superheroes. Or rather: Gotham's superheroes. Either way, they all have ties to NYC, dating back to the 1930s, as the exhibit aims to explore "the deeply-rooted New York origins of the six major DC and Marvel superhero titles." 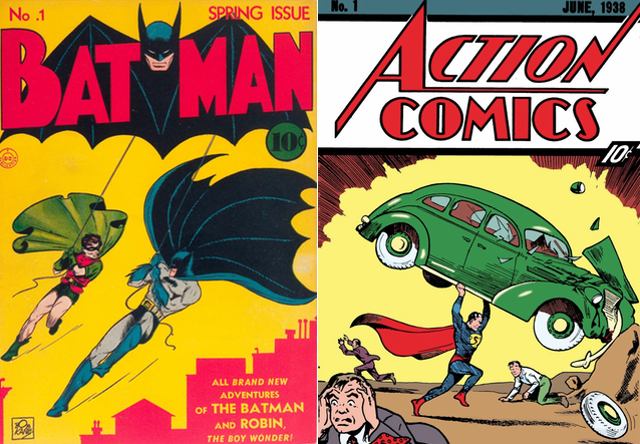 Batman #1 and Action Comics #1. (Courtesy of the Library of Congress)

Included in the installation will be a 1938 copy of Action Comics #1, which features the first appearance of Superman. Another rarity that will be on view is Batman #1, circa 1940.